Disallow run if the non-striker backs too far – Ravichandran Ashwin 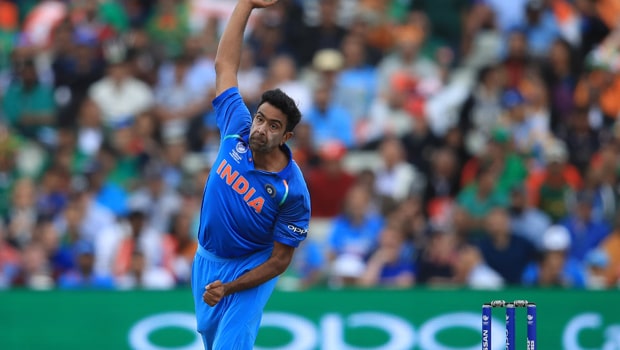 India’s off-spinner Ravichandran Ashwin has suggested that the ICC should come up with some new rules to bring more balance to the game between batsmen and bowlers. Ashwin feels the runs should be disallowed if it is noticed that the non-striker is backing too far to gain the extra few yards.

Recently, ICC has announced the front-foot no-balls will be called by the third umpire in the upcoming Cricket World Cup Super League, beginning with the three-match series between England and Ireland from 30th July.

In the same frame, the third umpire can check whether the non-striker is backing too far. Ashwin wants the run to be disallowed if the non-strike is ahead of the crease before the ball has been released by the bowler.

Meanwhile, Ravichandran Ashwin had hogged the limelight when he had Mankad Jos Buttler in the IPL 2019. Ashwin was widely criticised for mankading the Rajasthan Royals wicket-keeper batsman.

In fact, the bowlers are allowed to run-out the non-striker if they are not in their crease before the bowler releases the ball. However, mankading has always been a controversial decision and it is regarded as ‘against the spirit of the game’ by some of the cricket boffins.

During India’s tour of Australia in 1947-48, legendary Indian spinner Vinoo Mankad ran-out Bill Brown, who was backing too far in the second Test. Since then the dismissal is known as Mankad.

Meanwhile, Ashwin has got a fair point as the game must always be played in the right way. If the batsmen is trying to steal a couple of inches, he is trying to gain advantage even before the bowler has bowled. This few extra steps helps the batsman in completing a quick single or converting the ones into twos, which can change the complexion of the game.

Furthermore, if the bowler decides to mankad the non-striker then he is held responsible and criticised for playing against the spirit of the game. But how can playing within the laws of the game be playing without the spirit?

Ravichandran Aswhin wrote a long thread on his Twitter handle suggesting a new idea for the game.

The Tweet read as “Just hope that technology will see if a batsman is backing up before the bowler bowls a ball and disallow the runs of that ball every time the batter does so!! Thus, parity will be restored as far as the front line is concerned.

“Many of you will not be able to see the grave disparity here, so let me take some time out to clarify to the best of my abilities. If the nonstriker backs up 2 feet and manages to come back for a 2, he will put the same batsmen on strike for the next ball.

“Putting the same batsmen on strike might cost me a 4 or a 6 from the next ball and eventually cost me 7 more runs instead of maybe a 1 and a dot ball possibility at a different batsman. The same will mean massively for a batter wanting to get off a strike even in a test match.

“It is time to restore the balance in what is an increasingly tough environment for the bowlers. #thefrontcrease #belongs to #bothparties @bhogleharsha we can use the same tech that we are proposing for a no-ball check 120 balls in a T20 game.”