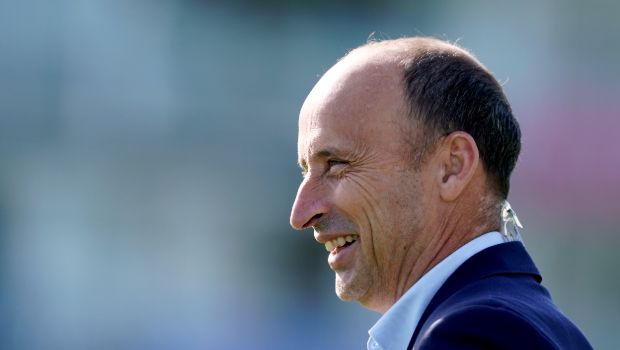 Former England skipper Nasser Hussain believes MS Dhoni should not be pushed into retirement. Hussain stated that Dhoni still has a lot to offer to Indian cricket and he can make a heroic comeback into the side.

Meanwhile, Dhoni had last played in the national team back in the semi-final clash against New Zealand in the ICC World Cup 2019.

Subsequently, Dhoni took a break from International cricket. The legendary wicket-keeper batsman also made himself unavailable for selection. Furthermore, the right-hander didn’t take part in the domestic circuit.

Ergo, the IPL 2020 was expected to play a big role in Dhoni’s comeback into the team. Had Dhoni had a perfect IPL for Chennai Super Kings, it would have helped him in getting back to the side. However, the IPL is hanging fire due to the outbreak of coronavirus.

Hussain believes Dhoni has still got some fuel left in the tank and he can make a comeback into the side.

Speaking on Star Sports’ show Cricket Connected, Hussain said: “Is Dhoni still good enough to get into the Indian side? It is as simple as that. That should apply for anyone across the board. What I have seen of Dhoni, I still think he has a huge amount to offer to Indian cricket. Yes, there have been one or two occasions where he has got it wrong in run chases, like that World Cup game against England. But in general, Dhoni is still a really good talent.”

Hussain added that Dhoni can not come back into the team once he decides to move on from the game. The former Indian skipper has been a massive servant of Indian cricket over the years and there is no doubt that if there is someone who can make an impossible comeback, it will be him.

“And be careful what you wish for because once Dhoni is gone, there is no getting him back. There are some legends of the game who are once in a generation cricketers, don’t push him into retirement early. Only Dhoni knows his mental state and in the end selectors select,” he said.

Dhoni was expected to hang his boots after the ICC World Cup 2019 but it was not to be the case. The talisman hasn’t played any professional cricket in the last nine months and it is going to be a difficult road back for him.

Dhoni has not made any official statement regarding his future and it would be interesting to note his decision in the coming time.

The right-hander has scored 10773 runs in 350 ODI matches at an average of 50.57. Dhoni is always known to keep his cards close to his chest and the next three-four months will be crucial to his future.