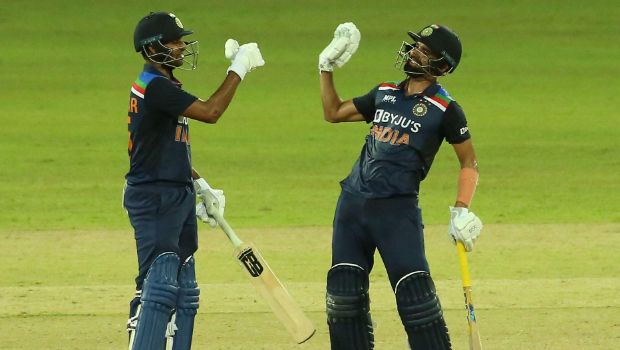 Chappell told Chahar that it will be difficult for him to be successful at the top level and he should not dream of becoming a fast bowler when the Australian was serving as the Director of Cricket at the Academy.

However, Chahar didn’t pay much heed to that advice and kept working hard on his game. Chahar was soon able to make it to the Indian team and was impressed with his ability to swing the ball both ways as he is reaping the fruits for his hard work.

On the other hand, Deepak Chahar played a match-winning knock of unbeaten 69 runs off 82 balls in the second ODI against Sri Lanka at the R. Premadasa International Cricket Stadium, Colombo on Tuesday. India had their backs against the wall at 193-7 while chasing a target of 276 but Deepak Chahar was able to get his team over the line with his masterpiece knock.

“Deepak Chahar was rejected by Greg Chappell at RCA for his height and told to look at a different occupation. Moral of the story- Believe in yourself and don’t take overseas coaches too seriously,” Prasad tweeted.

Prasad added that the BCCI should try to get as many as Indian coaches as well as mentors in the IPL and also for the national team.

“There are off-course exceptions but with such wonderful talent in India, it’s time that teams and franchisees consider having Indian coaches and mentors as much as possible,” Prasad noted.

Meanwhile, Deepak Chahar was at his best and he must have gained a lot of confidence after his knock of 69 runs. Furthermore, Chahar scalped two wickets in the second ODI and was awarded the Player of the match.

The right-hander will look to continue the good show and if he can deliver the goods with bat consistently, then he will definitely add more value to the team as an all-rounder. The third ODI between India and Sri Lanka will be played at the same venue on Friday.