Don’t think IPL will be possible this year – Mohammed Shami 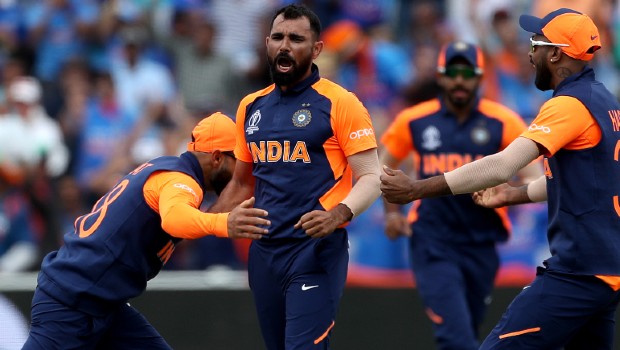 Indian fast bowler Mohammed Shami believes the Indian Premier League might not be possible this year. In fact, Shami also feels the T20 World Cup, which is scheduled to begin from October 18 will be pushed to a later date. The IPL was to begin from March 29 but it was initially pushed to April 15. However, as the coronavirus situation is far from over, the Board of Control for Cricket in India decided to indefinitely postpone the tournament.

Meanwhile, it is reported that the BCCI is targeting other windows to host the competition but the situation will need to first improve. It is predicted that the tournament (if it goes ahead) will be held behind closed doors and four venues can be chosen to host the tourney.

It is not easy for the organisers to plan ahead as the picture is still hazy. There is a lot of uncertainty regarding the whole situation and it is difficult to plan ahead with it.

“I was speaking to Irfan bhai as well on the possibilities of Indian Premier League. I don’t think there is time for IPL this year. Our T20I World Cup may also get pushed. Everything has come to a stop. We have to reschedule everything. We have to see where to place everything, accordingly. Hence, I don’t feel the IPL will be possible,” Shami said while speaking to Sports Tak.

On the other hand, the T20 World Cup is also under the scrutiny. It is expected that the mega tournament could be postponed given the current scenario of the Covid-19.

However, Shami also believes that the IPL might happen if the lockdown gets over early. The third lockdown in India is till May 17 but the government has started to ease off the restrictions. Shami feels it would be great if the IPL takes place before the T20 World Cup as it will be a perfect way for the players to warm up for the mega event.

“We have to wait and see how long our lockdown lasts. If our lockdown gets over early, then we may see IPL happen this year – even though later in the year. It will be great if IPL happens before the T20 World Cup, as the players can get used to the format, and also get back to their rhythm.”