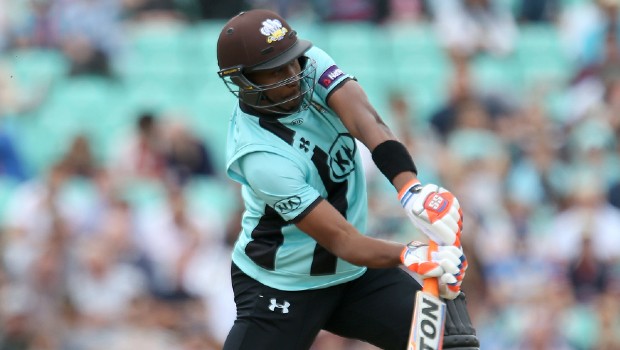 West Indies all-rounder Dwayne Bravo has picked the top five T20 batsmen in the world. Bravo picked Chris Gayle, Shane Watson, Virat Kohli, AB de Villiers and MS Dhoni in the list of the best T20 top five batters while talking to Cricbuzz. Gayle is well known to be the best T20 batsman and he has scored most number of runs in the shortest format of the game.

The southpaw has a great record and he can demolish the opposition on his day. The T20 king has played 404 T20 matches in his illustrious career in which he has scored 13296 runs at an average of 38.20 and a blistering strike rate of 146.94. Gayle was the first man to scale down the mountain of 10000 runs in the T20 format. The off-spinner has also scalped 80 wickets.

On the other hand, Shane Watson has also been a consistent performer in the T20 version. Watson was instrumental in the success of Rajasthan Royals in the inaugural edition of the IPL. Watson has scored 8522 runs in 332 T20 matches at an average of 29.28 and strike rate of 138.99. The Australian has also taken 226 wickets in the shortest format.

Bravo picked his Chennai Super Kings captain MS Dhoni to bat at number five. Dhoni has had great success while finishing off the close matches in the shortest version of the game. The right-hander has scored 6617 runs in 317 T20 matches at an average of 39.88 and a strike rate of 135.62.