Home » Cricket » ENG vs IND 2021: A player of his calibre and experience should be left alone – Virat Kohli on Cheteshwar Pujara’s criticism

ENG vs IND 2021: A player of his calibre and experience should be left alone – Virat Kohli on Cheteshwar Pujara’s criticism 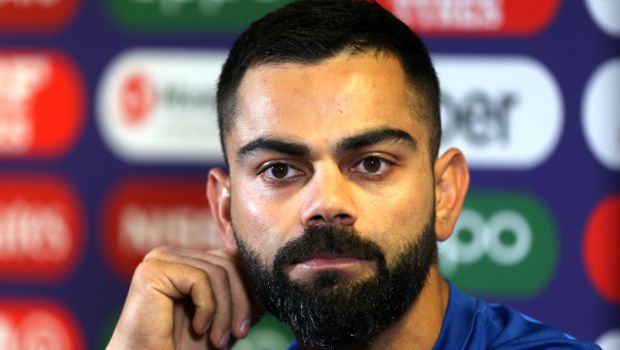 The Indian captain Virat Kohli has put his weight behind under-fire Cheteshwar Pujara, whose performances have come under scrutiny in the recent past.

The batsman from Saurashtra was averaging around 29 in the first cycle of the World Test Championship. In fact, a lot of cricket pundits questioned the batting approach of Pujara.

The right-hander takes his own time before he gets going but the experts feel that he was getting bog down at one end. Furthermore, Pujara was failing to rotate the strike at regular intervals, which was putting more pressure on the other batsmen.

However, Kohli stated that a player of Pujara’s calibre and experience should be left alone. The Indian skipper added that Pujara doesn’t care about his criticism and is focused on delivering the goods for the team.

Pujara has been a consistent performer for India in the red-ball version and plays a key role while batting at number three. The right-hander was the architect of India’s win against Australia in 2018-19 as he had scored 521 runs in the four Test match series.

“It’s been going on for a while and I honestly feel a player of his calibre and experience should be left alone and it should be absolutely with the individual to figure out what are the drawbacks in his game,” Kohli said.

“Similarly with me or any other player in this team, we are very aware of the things we need to do for the benefit of the team. I can from outside say criticism is unnecessary but I know for a fact that Pujara doesn’t care and criticism is as relevant as you want it to be.

“People can say what they want to say on the outside and those are just words at the end of the day. If you feel they mean no value to you, you just carry on, walking on your path,” he added.

Pujara had scored 122 runs in four Test matches against England at an average of 22.17 in home conditions and he will need to come up with a better performance.