Home » Cricket » ENG vs IND 2021: Ajinkya Rahane returns to training ahead of the first Test against England

ENG vs IND 2021: Ajinkya Rahane returns to training ahead of the first Test against England 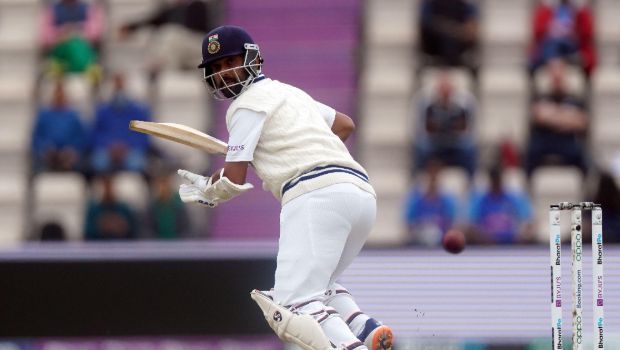 India’s vice-captain Ajinkya Rahane has returned to training session ahead of the first Test match against England. Rahane could not take part in the three-day warm-up match against County Select XI as he had mild swelling in left hamstring.

Furthermore, the Indian captain Virat Kohli also didn’t play in the warm-up match due to stiff back issues.

As reported by PTI, Rahane not only managed to get in some fielding and physical training sessions, but he also had a proper net session at the Riverside Ground, which is great news for the visitors.

If Rahane fails to fully recover from his hamstring injury then KL Rahul is expected to play in place of him as the wicket-keeper batsman had scored a fine hundred in the warm-up match.

Meanwhile, Rahane has been in hot and cold form in Test matches. Barring his hundred at Melbourne Cricket Ground against Australia, Virat Kohli’s deputy hasn’t been consistent in the multi-day format. Thus, Rahane will look to turn the tables and deliver consistently for the team in the series against England.

On the other hand, Suryakumar Yadav and Prithvi Shaw have been added to India’s Test squad for England Tests as replacements for Shubman Gill and Washington Sundar. Both of these batsmen are in red hot form in the recent past and will certainly add value to the squad. Abhimanyu Easwaran, who was also part of the reserve players list, has been added to the main squad.