ENG vs IND 2021: BCCI may need to name replacements for Suryakumar Yadav and Prithvi Shaw – Report 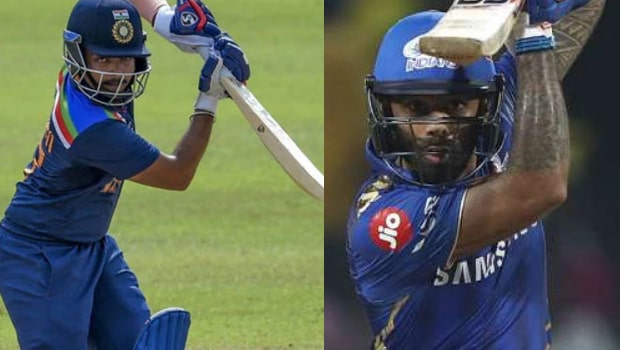 The Board of Control for Cricket in India may need to name replacements for Suryakumar  Yadav and Prithvi Shaw for the tour of England, as reported by Inside Sports. The Indian board had recently added Shaw and Yadav to the Indian Test squad as replacements for Washington Sundar and Shubman Gill, both of whom have been ruled out.

However, it has been reported that the UK authorities are unlikely to give entries to both the batsmen. Both Suryakumar Yadav and Prithvi Shaw could not play the second T20I against Sri Lanka on Wednesday as they were identified as close contacts with Krunal Pandya, who was tested positive for Covid-19 on Tuesday.

Subsequently, PTI reported that all the eight players who were in close contact with Krunal Pandya returned negative tests. However, the players still had to go into isolation and were not allowed entry into the stadium. In fact, India played with all the 11 players in the second T20I who were available for them.

Meanwhile, it has also been reported that Suryakumar Yadav and Prithvi Shaw will need to return three negative RT-PCR tests to be eligible to travel to England.

“We can’t say anything with certainty at this stage. We have to observe them for next couple of days to decide – whether to announce new replacements or not,” the BCCI official stated.