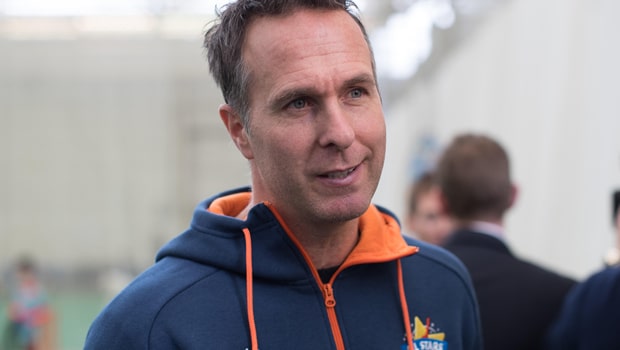 Former England skipper Michael Vaughan has predicted that the hosts will the favorites in the fourth Test match against India at the Kennington Oval, London. England won the third Test match by a gargantuan margin of an innings and 76 runs and bounced back in style after losing the second Test match at Lord’s.

Vaughan believes England will be stronger this week as they have the impetus on their side. The hosts had come up with a collective effort in the third Test match and they will look to continue the good show. The Joe Root-led had bundled out India for a paltry score of 78 runs in the first innings and they were able to put their noses in front after taking a lead of 354 runs.

Joe Root, James Anderson, and Ollie Robinson have been brilliant for the hosts as they have come up with inspiring performances.

Time to get down to the Oval !! Weather set fair for the week … England stronger this week I reckon .. India also stronger if @ashwinravi99 plays .. England to win though .. This tour has a 2014 feel to it .. #ENGvIND

“Time to get down to the Oval !! Weather set fair for the week … England is stronger this week I reckon .. India is also stronger if @ashwinravi99 plays .. England to win though .. This tour has 2014 feel to it.”

On the other hand, Joe Root recently became the most successful England captain as the team won the 27th match under his leadership. However, Vaughan added that Root will be considered as England’s most successful skipper if the team wins Ashes in Australia. But the England captain went on to hit back at the former captain. Root added the focus of the team is to win the current series against India.

“As an England captain, you’re judged slightly on how you perform in Ashes cricket. More than anything I feel we need to win this series first. This is a huge series for us. And then we will turn our attention to Australia.”

“It is something that everyone wants to do, getting to Australia and winning as a player or as a captain. What other people think of me as a captain is irrelevant. My job is to give everything to the team, and if that is not good enough for some people, it is something I have done, and I will be proud of that,” he added.

The Ashes will begin on December 8 at the Gabba.