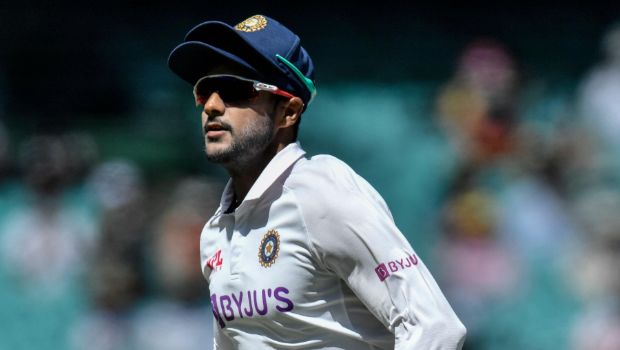 Gill has suffered a serious internal injury during the WTC Final, which is expected to keep him out of action in the first few matches against England.

On the other side, Mayank Agarwal had done a fine job for the Indian team as an opener before Shubman Gill made his Test debut in Australia. Agarwal could not deliver the goods in the first two Test matches against Australia in the Border-Gavaskar series and thus he was dropped from the third Test match at Sydney. Agarwal got his chance in the Gabba Test match but could not get a big score despite getting off to a good start.

Subsequently, Agarwal didn’t get any chance in the four-match Test series against England as Shubman Gill was preferred as the first-choice opener. Gill was once again backed in the WTC final against New Zealand.

Agarwal has had a great start to his Test career as he has amassed 1052 runs in 14 Test matches at an average of 45.74. The right-hander from Karnataka has scored three centuries and two double hundreds in his career.

On the other hand, KL Rahul wasn’t able to grab his opportunity in Test matches. In fact, the flamboyant batsman last played a Test match back in August 2019 against West Indies. Rahul has scored 2006 runs in 34 Test matches at an average of 34.59.

As Gill is likely to be ruled out the first preference will go to Mayank Agarwal. Furthermore, Abhimanyu Easwaran is expected to be named as replacement for Gill.

Aakash Chopra said while talking on his YouTube Channel, “Shubman Gill has got injured. But then that is a blow. I was thinking that Shubman Gill had done okay in the WTC final and will play the first Test as well, but now he will not be available.”

“It is an injury somewhere in the calf and it has got aggravated so much that an encounter which is going to start next month, on August 4, he is already out of that Test match. He will not be available for the first Test match and after that also, he will be monitored.”