Home » Cricket » ENG vs IND 2021: Glad I have learnt from my mistake, says Rishabh Pant

ENG vs IND 2021: Glad I have learnt from my mistake, says Rishabh Pant 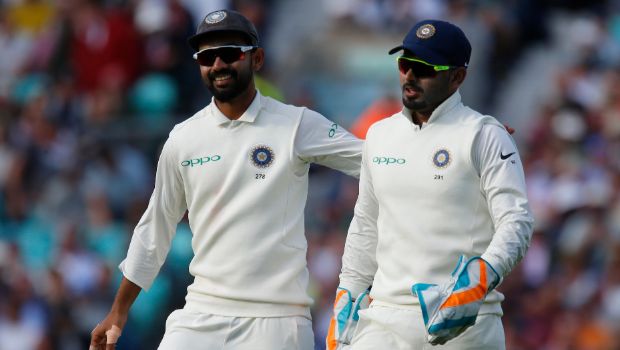 India’s wicket-keeper batsman Rishabh Pant is glad that he has learned from his mistakes in his young International career. Pant has had a roller coaster career thus far and he has seen his ups and downs.

The wicket-keeper batsman from Delhi had seen a lot of failures especially in the nascent stages of his career but he feels that he has also learned from the same.

Pant was often compared with MS Dhoni, which was a bit unfair on him. In fact, the left-hander could not get going in the early stages of his career. However, he scored a hundred in England and then followed it with another hundred in Australia in the 2018-19 season.

Subsequently, he had a dream tour of Australia in 2020-21. He scored a blistering knock of 97 at SCG whereas he played a match-winning knock of 89 runs in the historic Gabba Test match.

“It’s been an amazing journey as I have seen lots of ups and downs early in my career. As cricketers, you evolve, learn from your mistakes and improve yourself and come back to the ground and perform well,” he said. “I am glad that I have learnt from my mistakes and I capitalised whatever opportunity I got after that. I am happy,” Rishabh Pant told BCCI.tv on Saturday.

Pant added that he tries to pick brains of experienced players like Rohit Sharma and Virat Kohli, who have consistently delivered the goods for the team.

“I talk to Rohit bhai a lot — like talking about the game as what we have done in previous matches and what we could have done. Also, what should we look to do and look at possible outcomes in future games. What all I can add to my game.”

“I also take technical inputs from Virat bhai. Especially when playing in England, standing up to stumps or going back,” said the 23-year-old.

The first Test match between England and India will be played at Trent Bridge, Nottingham.