ENG vs IND 2021: I don’t think it helps his confidence – Deep Dasgupta on Ajinkya Rahane’s demotion 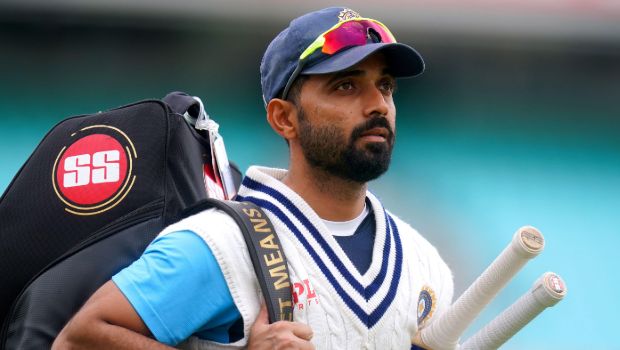 Rahane has been struggling for form in the recent past and he was demoted to no.6 as Ravindra Jadeja was promoted to no.5, where the Indian vice-captain usually bats.

Rahane has failed to get any kind of momentum in his batting and he was dismissed for an eight-ball duck. The right-hander was dismissed by Chris Woakes while he was trying to play across the line but missed the ball completely and was plumbed in front of the wickets.

Rahane has been averaging 24.76 since 2020 and he doesn’t look like a batsman with confidence. The right-hander has been struggling to score consistently for the team and his batting demotion must have diminished his confidence.

Deep Dasgupta said while talking to BBC Test match special podcast, “My concern from the last innings is, the moment a batsman starts going down the order, it can be a very slippery slope. 5, 6, where does it stop? You have somebody like Rishabh Pant scoring runs. What’s next? You want Rishabh Pant before him now?”

“It might be a great idea from the team perspective to put a left-hander in and somebody who has looked better. But from a Rahane point of view, I don’t think that helps his confidence. When something like that happens, I don’t know if that sends the right signal to someone who is struggling with confidence and scoring runs, sending him down the order for obvious reasons.”

Dasgupta feels Rahane needs the backing of the team when he is struggling to get going and is low on confidence.

“At times, as a player, you want that sense of belonging or importance from the team saying, ‘You know we believe in you, we trust in you’.”

The renowned commentator believes it will be difficult for Rahane to make a comeback. A lot of experts feel that Rahane should be dropped from the final Test match as he has been given ample opportunities.

“The thing with Ajinkya and the stage in his career, it will be very difficult for him to make a comeback. You’ve got one more Test match to go. You put someone like Hanuma Vihari in, and you have to give him a fair go. So the next time around, the next home series or the next Test series is against New Zealand. So obviously Hanuma then goes on and plays that series as well.”

“So, where does that leave Ajinkya Rahane and his career? He is in his early thirties, 33-34. If he is dropped now from the Test side, it’s going to be extremely difficult for him to make a comeback.”