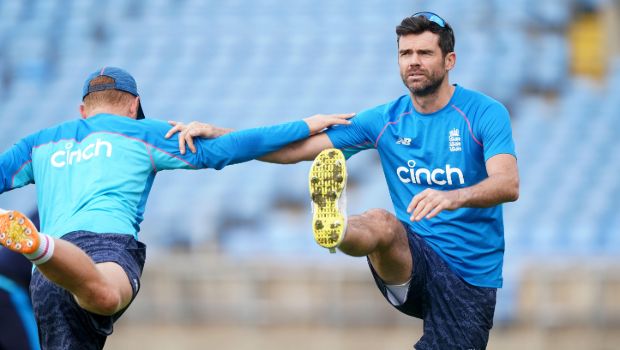 Former England fast bowler Steve Harmisson has predicted that James Andersonn might just retire at the end of the Old Trafford Test match against India.

Anderson is 39 years old but he is still going strong for England in the red-ball format.

Anderson has scalped 13 wickets in three Test matches in the ongoing series against India at an impressive average of 19.23 and has bowled at the top of his game. The veteran fast bowler also leapfrogged Anil Kumble’s tally of 619 wickets and became the third highest wicket-taker of all-time behind Muttiah Muralitharan and Shane Warne.

Anderson also completed 400 Test wickets while bowling in the home conditions at an average of 24.02. Furthermore, the experienced fast bowler has troubled Virat Kohli in the ongoing series and has dismissed him on two occasions.

Harmisson feels there are question marks on the Ashes and Anderson will look to end his career on a high in home conditions.

“I don’t think the Ashes will either go ahead or go ahead in such a way and I think Jimmy might just look at this and go ‘you know what, if I go to The Oval and bowl well and then I’ve got Old Trafford at the end, my illustrious career couldn’t get any better than to finish by knocking Virat Kohli over from the end I bowl at, which is named after me, and there’s potentially no Ashes in six months time,” Harmison added.

In fact, Anderson hasn’t hinted anything about his retirement and there is no doubt that he still has some fuel left in his tank.