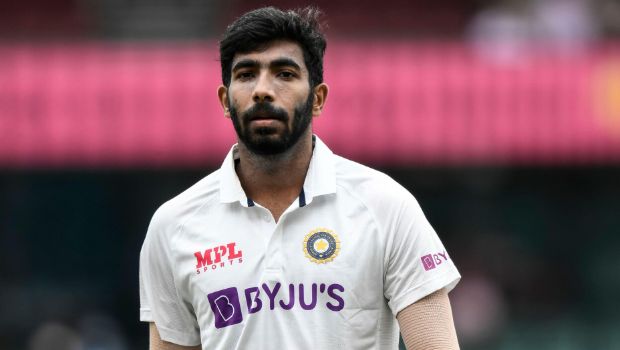 Former Indian fast bowler Zaheer Khan has opined that Jasprit Bumrah is a strike bowler and he shouldn’t worry about the economy rate.

Zaheer has observed Bumrah from close quarters while working for Mumbai Indians and knows about the strengths and weaknesses of the pacer.

Bumrah had surprisingly gone wicketless in the big final against the Kiwis. It was noticed that Bumrah was short in his length and could not hit the right areas consistently in the WTC Final.

However, Bumrah was back at his best on the opening day of the first Test match against England at Trent Bridge, Nottingham on Wednesday. Bumrah scalped four wickets as he bowled at the top of his game and played a key role in skittling out the hosts for a paltry score of 183 runs.

In fact, Bumrah provided the breakthrough in his first over as he plumbed Rory Burns in front of the wickets. Subsequently, Bumrah built pressure on Jos Buttler as the England wicket-keeper batsman could not get off the mark despite facing 18 balls. Bumrah was able to set Buttler and got the better of England’s gloveman.

Bumrah then got rid of Stuart Broad as he plumbed him in front of the wickets whereas bowled a perfect yorker to dismiss James Anderson. India’s gun fast bowler got the ball in the right areas and he was rewarded for his good work.

Zaheer Khan said while talking to Cricbuzz, “Jasprit Bumrah ticked the box of an opening bowler by picking a wicket in the first over. Bumrah is a strike bowler so you shouldn’t think about his economy rate. If he picks wickets, then the team will have a huge advantage in it. The way he approached his bowling has been sensational.”

“Buttler’s wicket was a crucial element because he is a dangerous batsman who scores runs at a quick pace. So it was an important phase in which Bumrah took his wicket.”

Furthermore, Bumrah got the wickets of Stuart Broad and James Anderson with his potent yorkers and thus ensured that the lower order didn’t get the crucial runs for England.