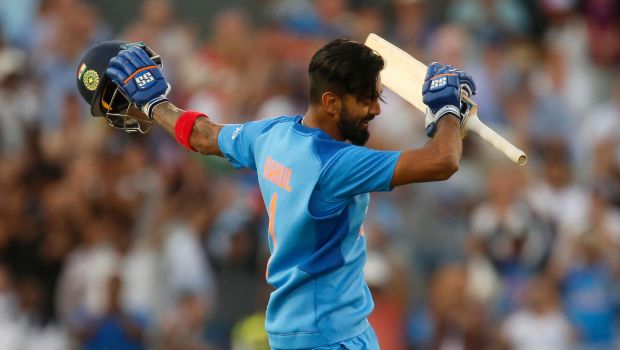 Former Indian fast Zaheer Khan believes Rahul is not the only thing which is common between KL Rahul and Rahul Dravid but also both of them are perfect team man. Dravid was known for being an outstanding team man as he also kept the wickets for the Indian team in more than 70 ODIs.

Similarly KL Rahul had also grabbed his chances as the wicket-keeper batsman in the limited overs. Meanwhile, Rahul played a Test match after a long gap of two years but he was able to grab his chance with both hands in the absence of Shubman Gill and Mayank Agarwal.

Rahul had to open with Rohit Sharma in the difficult English conditions against James Anderson and Stuart Broad and he was able to negate the new ball. Both the Indian openers provided the perfect platform for the team as they added 97 runs for the opening alliance. However, India lost four wickets in a jiffy but Rahul was able to hold one end up.

In fact, Rahul left the ball with aplomb, which is always crucial to be successful in the English conditions. The flamboyant batsman knew where his off-stump was and played the ball late, which is key in England. Furthermore, he forced England bowlers to bowl to his strengths as he was patient in his approach. Rahul went on to score 84 runs before he was dismissed by England veteran fast bowler James Anderson.

The right-hander played a key role in helping India post a total of 278 runs and thus the visitors were able to take a crucial lead of 95 runs as England was skittled out for 183 runs in the first innings after Joe Root won the toss and decided to bat first.

“The way Rahul showed application in building his innings, the shots he played, the cover drives. The Indian team will expect him to focus and play a match-winning knock, score a hundred,” Zaheer Khan said while speaking on Cricbuzz.

“Absolutely. Add another point – ‘that’ Rahul also held the wicket keeping gloves for the team and Rahul did the same as well. It could either be the Bangalore connection or the connection of their names but he’s very talented too. Rahul Dravid has done so much for India that this show won’t suffice to talk about it. But yes, seeing such a role model who has done so much for the team compared to him and seeing that he’s being looked at with the same eyes, KL Rahul would be very happy.”

On the other hand, India need to chase down the target of 209 runs to win the first Test match. The tourists were 52-1 at the end of the Day 4 and they need 157 more runs to take 1-0 lead in the series. Rahul could only manage 26 runs in the second dig.