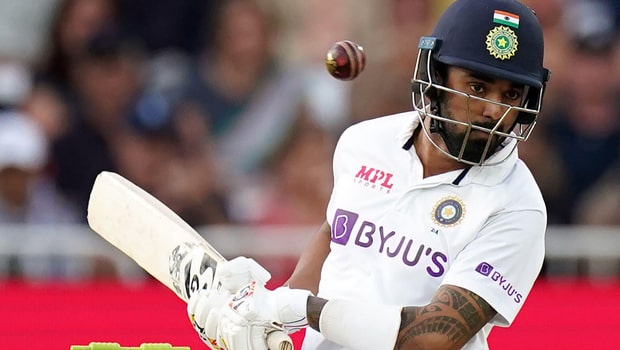 Former opening batsman Virender Sehwag was all impressed with KL Rahul’s shot selection after the first Test match between India and England ended in a draw. Rahul was playing a Test match after a long hiatus of two years but he was able to hit the ground running.

The flamboyant batsman was patient in his approach and played cautiously against the experienced fast bowling unit. Rahul drove through the off-side with his typical panache and this knock would have added a shot in the arm for the batsman.

In fact, it is well said that for a batsman to be successful in English conditions, one shot is the most important, which is the ‘no shot’. Rahul left the ball with aplomb and forced England bowlers to bowl to his strengths as he knew where his off-stump was. The batsman from Karnataka played the ball late and looked solid in his technique despite playing after a long time.

Sehwag feels a player can make a comeback in a way he used to bat or in a way Rahul Dravid used to bat.

Sehwag said on Sony Sports, “There are two types of mindset, you can make a comeback either in Rahul Dravid style, where you don’t play a shot at all and become extremely defensive, or you play aggressively in Sehwag style. Both are difficult, so you have to find your own way which is best for you.”

“So that is the line I liked the most in KL Rahul’s interview that he was looking to play too many shots earlier but in this innings his shot selection was most impressive. He only played shots if the ball was pitched up or short, he either left or defended the good length deliveries.”

Meanwhile, Rahul had also got the opportunity to play the three-day warm-up match against County Select XI at Durham as Rishabh Pant was tested positive for Covid-19. Rahul was able to grab his chance with both hands as he scored a fine hundred in that game. Furthermore, Rahul might not have got a chance to play in the first Test match at Nottingham if his good friend Mayank Agarwal had not being ruled out due to concussion.

“Sometimes there are small-small things that you need to pay attention to. So your friend or coach who has been seeing you for long can tell you better, identifying that is very necessary. He has identified that now and he will go forward from here and not back.”

The second Test match will take place at Lord’s from August 12.