ENG vs IND 2021: Need to back the playing XI – Mohammed Shami on Ravichandran Ashwin’s exclusion 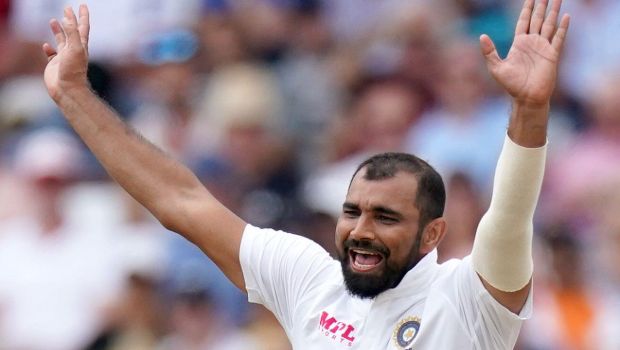 Indian fast bowler Mohammed Shami has refused to comment on the playing XI which the team management has picked for the Leeds Test match.

The think tank once again decided to drop Ravichandran Ashwin and back the same playing XI, which had won in Lord’s.

In fact, a lot of cricket experts believe that Ashwin is a tad unlucky to miss out in the final XI as he has shown good form in the overseas conditions.

However, India has decided to go with four fast bowlers and all-rounder Ravindra Jadeja, which means they have a long tail as Ishant Sharma is batting at no.8.

Ashwin could have been useful in Leeds as the pitch is flat. The off-spinner has certainly improved his record in the foreign conditions and he could also add value to the team while batting down the order.

On the other hand, Ravindra Jadeja has thus far scalped two wickets in the series and has failed to deliver the goods with the ball.

Mohammed Shami said in the press-conference, “I wouldn’t like to comment on the selection. That’s a team management decision. The XI that’s there on the field will have to do the job.

We need to back and trust the XI that the team management has picked. You can’t think of it [selection] too much.”

On the other hand, India’s bowling unit struggled in the first innings of the Leeds Test as they failed to get any help from the flat surface and they were also guilty of bowling a tad short.

Shami added that it is difficult to get movement on a slow surface.

“As the pitch slows down, it gets difficult with less bounce and less carry. As you saw, we also got the edges. When the wicket slows down, it stops swinging and seaming. The chances of getting reverse swing reduces in such conditions where the wicket is green.

The pitch was very slow today. The key is not to overthink and understand how the wicket is behaving and adapt accordingly. If it’s slow, then the key is to bowl good line and length,” Mohammed Shami added.

Meanwhile, Shami was the pick of the Indian bowlers as he scalped three wickets. However, England have posted 423-8 and the hosts lead by 345 runs to put themselves in a commanding position.

Three days are still remaining in the Test match and it will be a herculean task for India to save this game.