Home » Cricket » ENG vs IND 2021: Pujara and I are not concerned about criticism – Ajinkya Rahane

ENG vs IND 2021: Pujara and I are not concerned about criticism – Ajinkya Rahane 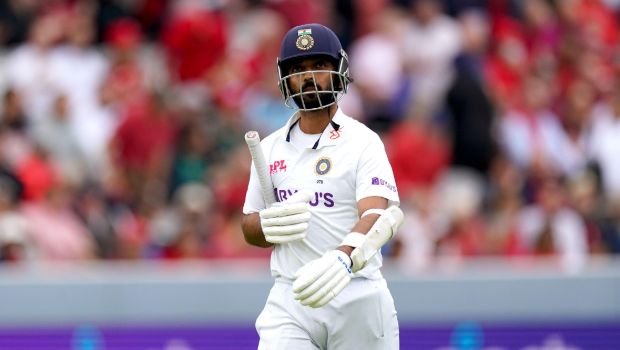 India’s vice-captain Ajinkya Rahane is not concerned about the criticism he and Cheteshwar Pujara have been facing in the recent past for their poor form.

Rahane added that he and Pujara have all the experience under their belt and they know how to handle pressure.

The experienced duo were under the pump as they haven’t been able to consistently deliver the goods. Pujara and Rahane joined forces with each other when the team was struggling at 55-3 and they had a lead of only 28 runs at that stage in the second innings of the Lord’s Test.

The pressure was on both of these veteran batsmen as they were out of form. However, they responded back in style as they showed all the gumption which was needed. The duo was able to bail India out of the jail as they added a fine alliance of 100 runs.

The experienced batsmen took the onus on their shoulders and batted at the top of their game. The visitors added only 49 runs in 28 overs in the second session of the penultimate day but most importantly they didn’t lose any wickets.

Rahane went on to score 61 runs whereas Pujara came up with a valiant effort of 45 runs as he faced 206 balls to score his runs.

“I am happy people are talking about me, I always believe people talk about important people. I am not too concerned about that, it’s all about contribution for the team. Cheteshwar and I have been playing for long, we know how to handle pressure in certain situations,” Rahane said.

“We are not concerned about them, we are focusing on the team. We just want to contribute for the side, whatever we cannot control, we are not thinking about that.

“Everything motivates me, playing for my country motivates me a lot. I am not bothered about criticism. People only criticise important people, I only focus on the controllables. Team performance is the ultimate goal,” Rahane said.

Rahane was satisfied with his knock of 61 runs as he got back into some form. The Indian vice-captain added that Cheteshwar Pujara might have played a slow knock but it was crucial for him to face 200 balls at that stage of the game.

“We always talk about Pujara playing slow, but his innings was important, he batted for 200 balls. We backed each other, I thought communication was really good. We knew 170-180 could have been a very good score on the wicket.”