Home » Cricket » ENG vs IND 2021: Rishabh Pant has been given the license to play his natural game – VVS Laxman

ENG vs IND 2021: Rishabh Pant has been given the license to play his natural game – VVS Laxman 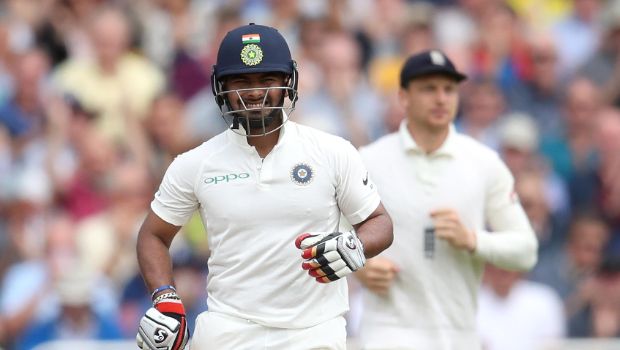 Former Indian batsman VVS Laxman has stated that wicket-keeper batsman Rishabh Pant has been given the license to play his natural game.

Pant was once again seen adopting an aggressive style of play as he stepped down the track to play against James Anderson.

India had lost four quick wickets for only 15 runs and it was expected that Pant would adopt a sedate approach. However, it isn’t in his DNA and he decided to play his natural game and took the attack against the England bowlers.

Pant has the skills to turn the match on its head and he has played some breathtaking knocks. The southpaw had scored a blistering knock of 97 runs in the Sydney Test match and also played a match winning knock of unbeaten 89 at the Gabba Test match. Subsequently, he played a counter-attacking knock against England in home conditions and scored a whirlwind hundred.

VVS Laxman said while talking to ESPN Cricinfo, “I think I expect both of them to continue the way they are playing. With KL Rahul, he would be lucky that Dom Sibley dropped him (which I thought should have been taken at the second slip). Rishabh Pant will play his natural game. He has been given the license by the team management to play his natural game. Because once he backs his natural instincts, that’s when Rishabh Pant is the most dangerous batsman he can be.”

On the other hand, Laxman is sure that Pant will continue to express himself on the third day of the first Test match against England.

“But I just hope that he learns from the way he batted in the second innings of the World Test Championship final. Playing your natural game does not mean you keep stepping out and throwing your bat at everything which comes your way. It’s about knowing which area to be positive and which area or which length or line to be a little defensive and respect the good deliveries.”

“That’s what we saw from Rishabh Pant in Sydney and Brisbane and that’s what we saw in Ahmedabad and Chennai as well. I think that’s the kind of mental approach I am expecting from Rishabh Pant because you will never see him playing a subdued knock. He’s got the clarity, he’s got that license, and I am sure that he will go and express himself on day 3,” VVS Laxman concluded.

India were 125-4 before rain stopped play and they still trail by 58 runs. James Anderson provided the crucial breakthroughs of Cheteshwar Pujara and Virat Kohli on consecutive deliveries and pushed the visitors on the backfoot.