Home » Cricket » ENG vs IND 2021: The bowling combination Virat Kohli fielded in WTC Final is the right one – VVS Laxman

ENG vs IND 2021: The bowling combination Virat Kohli fielded in WTC Final is the right one – VVS Laxman 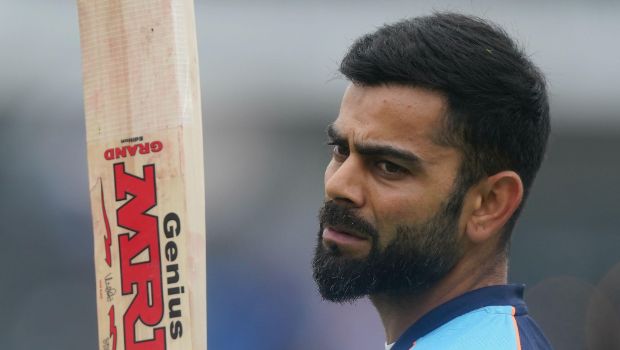 Former Indian batsman VVS Laxman feels the bowling combination that Virat Kohli fielded in the World Test Championship final is the right one, which the visitors should back in the upcoming five-match Test series against England.

India had played with pace battery of Jasprit Bumrah, Ishant Sharma and Mohammed Shami in the WTC Final against New Zealand.

Furthermore, the visitors had backed Ravichandra Ashwin and Ravindra Jadeja in the final XI and had announced their playing XI a day prior to the WTC final. In fact, India’s decision to play with Ashwin and Jadeja had not worked as the pitch was conducive for the pacers. Moreover, Jasprit Bumrah didn’t have the best of Test matches he had gone wicketless.

Meanwhile, there is no doubt that both Ravindra Jadeja and Ravichandran Ashwin add depth to India’s batting as they are quality all-rounders. In fact, Jadeja has been super consistent with the bat in the last couple of years.

There is no doubt that India’s bowling has taken giant strides in the recent past. Bumrah, Ishant and Shami have troubled the best in the business and they are going to hold the key. Moreover, Mohammed Siraj has also made a case for himself as he had impressed on the Australian tour and had scalped 13 wickets in three Test matches.

“The bowling combination that Virat Kohli fielded in the WTC final is the right one because with that you have greater depth in your batting and you have three outstanding pace bowlers – Mohammed Shami, Ishant Sharma and Bumrah.”

“If we talk about Ravichandran Ashwin, there is no lack of skill and experience. Ravindra Jadeja can show his prowess not only in bowling but with the bat as well. So, I believe that will be the balanced playing XI.”

On the other hand, it was noticed that Jasprit Bumrah was bowling on the short side in the WTC Final. Laxman believes if the gun fast bowler has to savour success in English conditions, he should pitch the ball up to the batsman.

“Jasprit Bumrah will have to work on one thing. We know he has impressed everyone in international cricket over the last couple of years, especially in overseas Test matches. He is a wicket-taking bowler, a match-winner.”

“But if we talk about the World Test Championship final, Jasprit Bumrah’s length is back of length. In English conditions, if you have to take wickets, the more you pitch the ball up, the greater chance for it to swing. I believe if he can improve his length slightly, he can win matches and be the trump card for this series.”