Home » Cricket » ENG vs IND 2021: Virat Kohli is not sure whether to play or leave, says Nasser Hussain

ENG vs IND 2021: Virat Kohli is not sure whether to play or leave, says Nasser Hussain 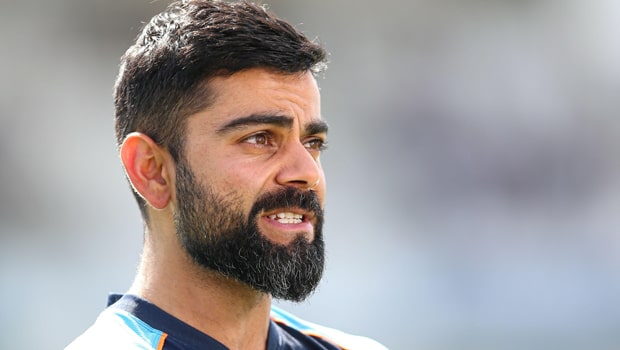 Former England skipper Nasser Hussain has said that Virat Kohli is not sure whether he wants to play or leave the ball, which is leading to his downfall against England. Kohli has been dismissed in the ongoing series while trying to meddle with the outside off-stump deliveries, which he could have left easily.

In fact, it has been noticed that Kohli has been a bit impatient in his approach and he has tried to be more aggressive in the initial stage of his innings. However, this was not the case in the 2018 tour when Kohli had amassed 593 runs in five Test matches and had batted at the top of his game.

It has been 51 innings since Kohli has scored an international hundred and the pressure is mounting on the Indian captain as he has been averaging around 20 in the last two years. Thus, Kohli will need to get back into form if India are to make a comeback in the series.

“India do have a lot of strength of character and fight, and central to that is their captain, even though Kohli has looked more like the 2014 version rather than the one who conquered English conditions and England’s attack in 2018,” wrote Hussain in his column for the Daily Mail on Monday.

“Kohli has played at balls he could be leaving, he seems to have that slight technical issue I highlighted in these pages with the positioning of his back foot and he is not picking up the line of Anderson and Robinson.”

Kohli is not sure whether to play or leave and whether to set himself for the inswinger or not. He doesn’t know what to do. It’s high class bowling and it’s not going to get any easier for him.”

Kohli will need to be more patient in his approach and he will need to force England bowlers to bowl to his strengths. The good length area and fifth stump line has been Kohli’s Achilles Heel in this series so far.