Home » Cricket » ENG vs IND 2021: Virat Kohli not at his fluent best but he did what the team needed – Ajit Agarkar

ENG vs IND 2021: Virat Kohli not at his fluent best but he did what the team needed – Ajit Agarkar 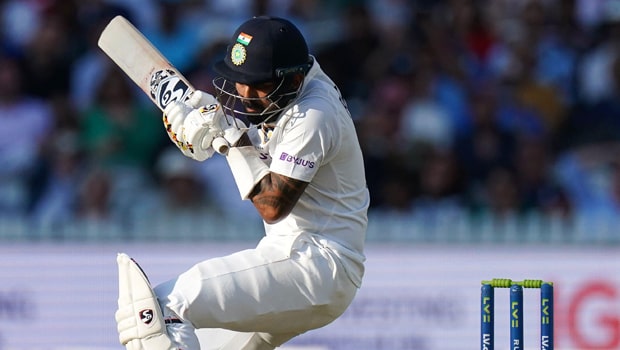 Former Indian fast bowler Ajit Agarkar believes Virat Kohli has not been at his fluent best but he did his job on the opening day of the first Test match. Kohli was dismissed before the day’s end as he meddled with an outside off-stump delivery which could have easily left.

However, before that, Kohli looked solid and he was looking set for a big score but it wasn’t to be. In fact, it is mostly noticed that Kohli generally goes on to make a big score if he gets off to a start and converts them into substantial scores. However, the Indian captain hasn’t been able to do that consistently in the last couple of years.

Kohli added a crucial alliance of 117 runs with opener KL Rahul after the dismissal of Cheteshwar Pujara. The Indian skipper rotated the strike consistently but he couldn’t stay unbeaten towards the end as Ollie Robinson was able to get the big breakthrough.

“That’s what great players do (fight hard when they are not in form). Even great players have to do that,” Agarkar told Sony Sports after the end of Thursday’s play at Lord’s.

“I don’t quite know whether he is in bad form because there hasn’t been a lot of Test cricket for him in the recent past. He played only one Test in Australia. Against England at home, he wasn’t at his best. Still searching for a hundred for a while but he did what the team needed. “Unfortunately, for India, he nicked one towards the end. He was not at his fluent best but still got a partnership going,” Agarkar added.

In fact, Kohli has gone past the 50-run mark only on three occasions in the last 10 Test matches. Furthermore, he scored his last Test hundred back in 2019 in the pink ball Test against Bangladesh, which was also his last International century.

On the other hand, former Indian batsman Ajay Jadeja added that we are not used to Kohli being unable to convert his starts as he has mostly done that throughout his career.

“We are talking about a man who got 40-odd runs today and still not enough for him because that’s the standards he has set for us. Over the years, we got used to it. Rarely in the past, he has gone past 20-30s and didn’t end up with a big score. But that has not been happening in the recent past. But he is looking comfortable, solid,” Jadeja said.

India were 276-3 after the end of the opening day’s play with KL Rahul and Ajinkya Rahane at the crease.