Home » Cricket » ENG vs IND 2021: Washington Sundar ruled out of England series due to finger injury

ENG vs IND 2021: Washington Sundar ruled out of England series due to finger injury 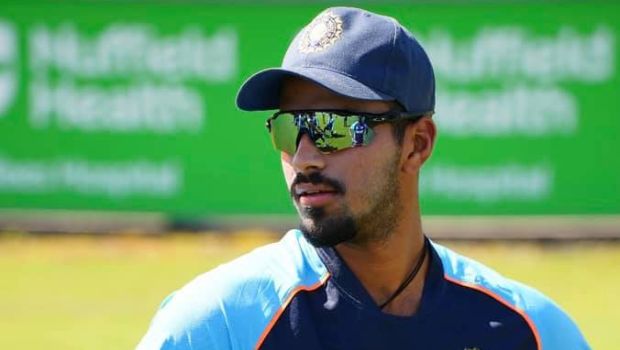 India’s all-rounder Washington Sundar has been ruled out of the upcoming five-match Test series against England due to a finger injury.

Sundar was dismissed by Mohammed Siraj with a short-pitched delivery. However, the off-spinner didn’t bowl for County Select XI despite the fact that they used as many as seven bowlers.

Meanwhile, Washington Sundar had made an impressive Test debut against Australia in the historic Gabba Test match. Sundar scored a fine knock of 67 runs and added 123 runs for the seventh wicket with Shardul Thakur to get India back in the contest. Moreover, Sundar had scalped four wickets in that memorable match.

In fact, Virat Kohli has spin options like Ravichandran Ashwin, Ravindra Jadeja and Axar Patel and it will be interesting to note India’s playing XI combination. The Indian team had gone with two spinners in the WTC Final against New Zealand, a decision which was criticised by many experts.

Furthermore, Shubman Gill has also returned back to India as he shared photos on his Instagram handle. Interestingly, the BCCI hasn’t yet released an official statement on Gill’s injury.

On the other hand, Rishabh Pant has joined his teammates after testing negative for Covid-19. Pant was asymptomatic and was tested positive on July 8. KL Rahul kept the wickets in the warm-up match and he was able to grab his chance as he scored a fine century.

“He was asymptomatic and absolutely fine. But the protocols are very clear. So, what happens if a scenario like England (players testing positive during series against Sri Lanka) repeats itself in the Team India camp? Where does the team get replacements from?”, said a source as quoted by Times of India.

Thus, now three Indian players have been ruled out of the series though Avesh Khan was in the list of reserve players. The first Test match between India and England will take place at Trent Bridge, Nottingham from August 4.