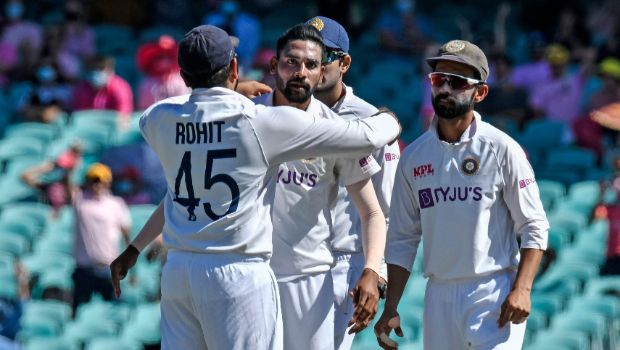 Former Indian opener Wasim Jaffer has picked India’s playing XI for the first Test match against England. Jaffer has selected a similar final XI which India had played in the World Test Championship final except KL Rahul replaces opening batsman Shubmana Gill, who has been ruled out due to shin splints.

In fact, Mayank Agarwal was expected to open the innings with Rohit Sharma but the former was ruled out of the first Test due to concussion. On the other hand, KL Rahul had scored a fine hundred in the three-day warm-up match against County Select XI and it would have added a shot in the arm for him.

Rahul had last played a Test match back in 2019 when he played against West Indies. Since then, he hasn’t been able to get a place in the Test playing XI despite being part of the squad.

On the other hand, Wasim Jaffer left out Mohammed Siraj in the final XI. Siraj has come up with inspiring performances in Australia as he had scalped 13 wickets in three Test matches. Furthermore, Jaffer also didn’t pick Hanuma Vihari in the team as he went with Ravindra Jadeja and Ravichandran Ashwin in the team. Vihari had played a key role in drawing the Sydney Test match against Australia and also has the experience of playing in County Cricket in England.

“There could be few issues regarding team selection. Whether to play Siraj or Hanuma Vihari or whether to go with two spinners. It all depends on the pitch. There could be a question mark on the third seamer’s spot. Bumrah, Ishant, and Shami will play, or Siraj will play in place of someone. It’s going to be an interesting selection.”

“If one spinner does not play, then we could see either Vihari or KL Rahul playing. KL Rahul scored a hundred in the practice game. So he will be a strong contender. And he can give balance and options to the side as an opener or a middle-order batter too. Overall, I feel we are going in with a very strong playing XI in this Test match,” Jaffer added.

The former Indian domestic giant added that it will be crucial to put runs on the board for the Indian team. The Indian bowlers have done a good job in the recent past but the batsmen haven’t been able to put enough runs on the board.