ENG vs IND 2021: We certainly believed we could win – Joe Root 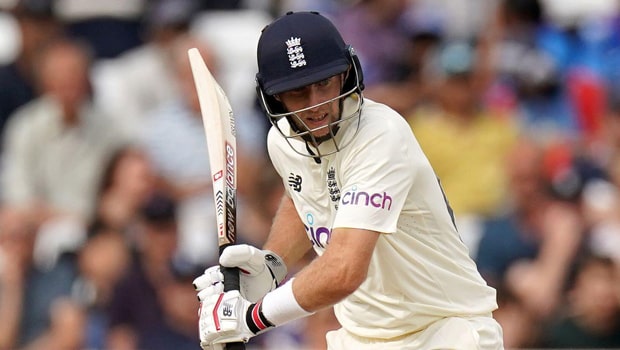 England captain Joe Root believes his team could have won the first Test match against India at Trent Bridge, Nottingham had rain not abandoned the final day of the opening Test. England required another nine wickets and had only 157 runs in the bank to make a winning start to the five-match Test series.

The weather would have been cloudy had play been possible on the final day and the England bowlers would have definitely licked their lips in such favourable conditions. In fact, the Indian batting unit hasn’t been at its usual best in the last couple of years and it won’t have been a cake walk for the Indian team to chase down the target of 209 runs.

Meanwhile, India took a good lead of 95 runs in the first innings and they were definitely on top. However, Joe Root played a fluent knock of 109 runs as he batted at the top of his game. The England captain brought his 21st Test hundred and helped his team post a score of 303 runs in the second dig as the hosts were able to set a target of 209 runs.

India got off to a good start in the second essay as they were 52-1 at the end of the penultimate day. Thus, it would have been a great contest had rain not played killjoy on the final day of the Test match. In fact, Indian captain Virat Kohli also believes that his team was on top and they were the favorites to win the first Test match.

Joe Root said in the post-match presentation, “The weather disrupted what would have been a very interesting final day. Great Test match to play in and watch as well. Sets up the series really well and hopefully we can take it into the next games. We certainly believed we could win. We knew we would have opportunities if we took our catches and kept our fields. It’s a shame it ended this way. There are certain areas where we want to get better. We want to get better at the top of the order and take our catches. We need strong characters. We want to keep that enthusiasm in, it is fun scoring runs and a fun game”.

“Really relishing the opportunities in front of us. We have to deal with the schedule changes and the setup changes. The experienced guys have it easier going from white ball to Test cricket, but the younger guys might not have that experience. It must be quite challenging for our youngsters, but that’s no excuse. To finally get to my century was a relief given how I played throughout the day. I think India have a very good seam attack and credit to them for the way they bowled. I just wanted to put the pressure back on them with a few shots. Certainly feel full of confidence on the back of that”.

The second Test match will take place at Lord’s from 12 August.