Home » Cricket » ENG vs IND 2021: Wherever we play, I believe in my skill and back myself – Mohammed Shami

ENG vs IND 2021: Wherever we play, I believe in my skill and back myself – Mohammed Shami 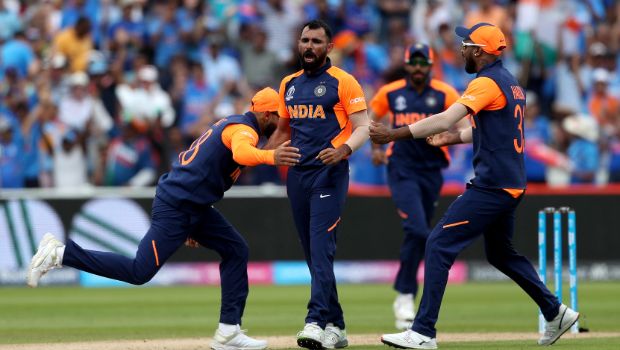 India’s gun fast bowler Mohammed Shami has stated that it doesn’t matter to him where he is playing as he has full belief in his skills and backs himself to deliver the goods for the team in any conditions.

Shami was the pick of the Indian bowlers on the opening day of the first Test match against England as he beat the bat on numerous occasions.

Shami was able to dismiss Dom Sibley as the right-hander closed the bat face earlier and the leading edge was taken by Cheteshwar Pujara. Subsequently, Shami got the big wicket of Jonny Bairstow at the stroke of tea. Bairstow was well-settled as he had scored 29 runs but Shami was able to plumb him in front of the wickets with a nip-backer.

Subsequently, Shami provided another breakthrough as he dismissed Dan Lawrence right after the Tea break with an innocuous delivery down the leg-side. However, Shami deserved all the luck as he had beaten the bat on a lot of occasions.

In fact, Shami surprisingly has an average of 44 in England conditions but he has always bowled his heart out. Shami returned with figures of 3-28 and played a key role in bundling out the hosts for a meager score of 183 runs.

Shami said in the press conference, “I don’t know I wasn’t getting in England (laughs), but it doesn’t matter if it’s England, Australia or wherever, I believe in my skill and back myself. Even when I’m bowling in the nets, I try to access the conditions and make plans accordingly and try to execute them.”

Shami added that the England batsmen were not comfortable while playing against the incoming delivery and he planned accordingly.

“Nothing like that. When you prepare for the game, you focus on the batsman’s stance, their feet, if they’re coming across a long way and falling over and a lot of other things like that. It’s a skill we’ve practiced you learn from the early days when you play and once you watch videos, you know what tactics you can use. England’s batsmen have a weakness to the incoming delivery and we were just focusing on that.”