Home » Cricket » ENG vs IND 2021: You have to question the batting – Stuart Broad on India’s poor show

ENG vs IND 2021: You have to question the batting – Stuart Broad on India’s poor show 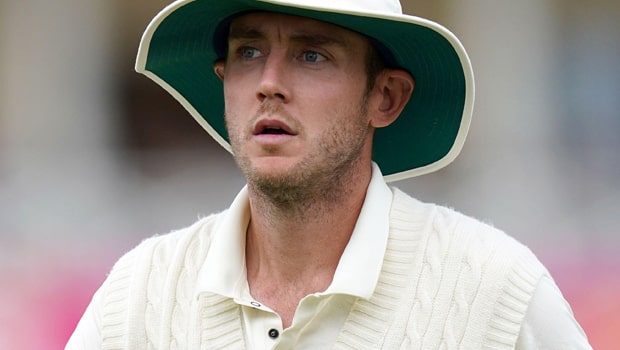 Experienced England fast bowler Stuart Broad has questioned India’s batting approach in the first innings of the ongoing third Test match at Leeds, Headingley after the visitors were bundled out for a meagre score of 78 runs. India kept losing the wickets in clusters after Virat Kohli won the toss and decided to bat first.

James Anderson was able to rattle India’s top order as he scalped three wickets and removed KL Rahul, Cheteshwar Pujara and Virat Kohli. It was always going to be an uphill task for the Indian batsmen to bounce back after losing three quick wickets and they couldn’t show any resistance.

The conditions suited seam bowling during the first two sessions and the England fast bowlers were able to make the most of it as they were right on the money with their line and length. The English pacers were full in their length and bowled around the fourth-fifth stump line to breathe down the neck of the Indian batsmen.

“Of course when a team is bowled out for under 100, you have to question the batting. Loose shots, wickets in clusters, not playing the conditions well enough,” wrote Broad on his Instagram story.

“But the bowlers applied great pressure and didn’t give away any free runs. And then, when the wickets came, the scoreboard hadn’t moved.”

On the other hand, Broad added that it was a brave call from Virat Kohli to bat first in slightly overcast conditions. The veteran pacer feels the pitch will get better to bat on as the match will move forward.

“Brave call from India to bat first, it’s the best Day 1 ground to bowl at in the country IMO. Pitch will get better & better. Won’t be much in it for the seamers from Day 3 onwards.”

England have put themselves in a commanding position as the hosts have taken a lead of 42 runs after Rory Burns and Haseeb Hameed scored half-centuries. The left-hand and right-hand combination put an unbeaten stand of 120 runs before stumps on opening day.