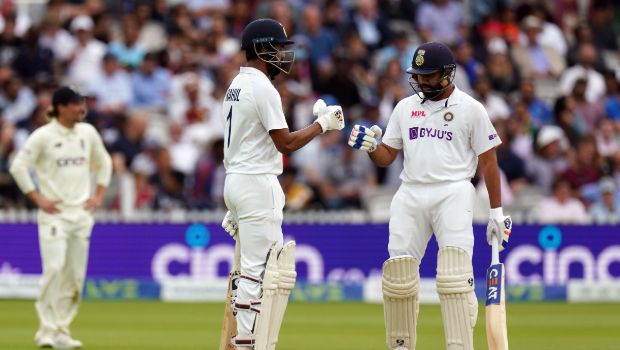 All of these four talismanic players have been consistent performers for their respective teams in all three formats of the game in the last decade. Meanwhile, Rohit Sharma has delivered consistently in the white-ball format since 2013.

There were never doubts over Rohit’s greatness in the limited-overs format but one always questioned his credentials in the Test format.

However, Rohit was able to turn the tables in the longest format since he started opening in 2019. But the critics were still not satisfied as Rohit had only done well in the Indian conditions and he was yet to prove his mettle in the tough overseas situations.

However, Rohit has put paid to all the doubts as he has got the runs in England, which is the most difficult place to score runs as an opener, in the ongoing Test series.

The Indian opener scored a piece de resistance knock of 127 runs in the second innings of the Oval Test match as he helped his team post a total of 466 runs to put their noses in front.

Rohit has amassed 368 runs in four Test matches at an impressive average of 52.57, including two fifties and one hundred. Former Indian opener Aakash Chopra feels it is time that Rohit Sharma’s name should be taken alongside the Fab four of the batting world.

Aakash Chopra said on his YouTube Channel, “I feel you should change the Fab 4 to Fab 5, Rohit Sharma’s name is going to be included if it is not already there because there is no competition for him in white-ball cricket and the way he is playing in red-ball cricket, he has tasted blood.”

“He enjoys leaving or defending the ball and playing shots is in his DNA. So, bowlers beware, it is not going to be Fab 4 anymore, it will be Fab 5 and Rohit Sharma will be a part of it.”

Rohit has shown all the patience in the red-ball version and the renowned commentator added that the Indian opener has shown how much he loves the longest format of the game.

“I feel there will be just one trajectory of his career from now onwards, he will not look back. The one question that was there about Rohit Sharma, the Test cricketer, this series and the last six to eight months, Rohit has shown how much he loves this format and he will go to any length to actually become an established Test cricketer.”

Rohit will aim to continue the good show in the final Test match against England, which will be played at Old Trafford, Manchester from September 10.