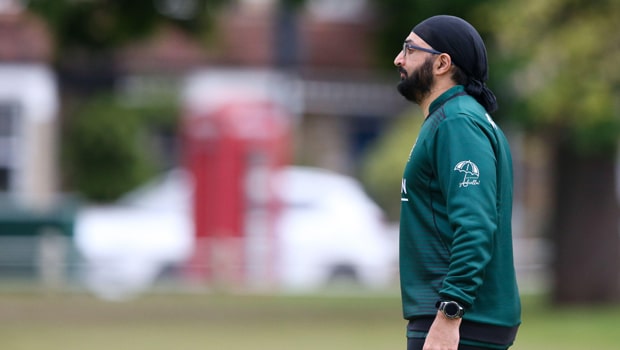 Team India have been absolutely imperious in the Test series against England so far. The weather Gods prevented them from securing a win in the first match in Nottingham. But they couldn’t be stopped during the second Test at Lord’s where an inspired bowling performance on the final day of the match clinched a historic win for the team.

Virat Kohli’s men defeated England by 151 runs and the visitors look extremely assured going into the third Test of the series. For the visitors, however, the situation is completely different. England have been under the cosh and their batting order, with the exception of captain Joe Root, has failed to inspire confidence.

Headingley, however is the home ground of English players Joe Root and Jonny Bairstow who will naturally find it easier to perform on the pitch. Former England spinner Monty Panesar believes that India will face a stern challenge during the third Test in Leeds. However, he also mentioned that if India bowl well and get rid of Joe Root early, they won’t have any problems securing the win.

“Headingley is the home ground for Joe Root and also Jonny Bairstow. India played really outstanding cricket in the Lord’s Test, but they may face a big challenge in Headingley. If India continue to bowl like this, they will go on and win the series,” said Panesar.

“India are favourites to win the Headingley Test only if they get Joe Root out early. Siraj is the biggest difference for them. Siraj has made things difficult for England in the series so far. England batsmen are finding it difficult to read Siraj well,” he added.

Indian ace spinner Ravichandran Ashwin hasn’t featured in any of the two matches thus far as India have opted for a four-pronged pace attack strategy. Ravindra Jadeja has been given the nod ahead of Ashwin because of his ability to offer more batting depth to the side. Monty Panesar thinks that the Headingley track could offer assistance to spinners and this could see Ashwin making his way back into the side.

“I think Headingley is a pitch where bowlers tend to bowl a little bit shorter than they need to. Again, India may look to play two spinners possibly. India’s attack is really good and superbly strong. Maybe Mohammed Shami wants to have rest. That could be the opportunity for Ashiwn to come in,” Panesar said in a conversation with Inside Sports.