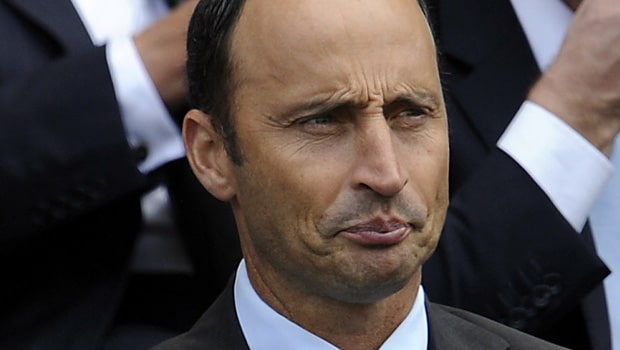 Former England captain Nasser Hussain reckons the English team has a good chance of beating Sri Lanka in the upcoming series but admitted that they will have their work cut out on the tour of India. England have reached Sri Lanka for a two-match Test series, which they were supposed to play in March 2020 but the tour was postponed due to Covid-19.

Meanwhile, after the completion of the Sri Lanka tour, England will travel to India for five T20Is, three ODIs and four Test matches. The Joe Root-led team will play the Test series from February 5 and they will need to come up with their best against a potent Indian team.

The last time England had toured India was back in 2016 but Alastair Cook’s team was obliterated by 4-0 in the five-match Test series.

Meanwhile, Hussain believes England will need their spinners to play a major role if they are to savour success in the Indian conditions. The former skipper feels that the visitors will need to replicate the 2012 tour performance in which Graeme Swann and Monty Panesar had bowled at the top of their game and led England to 2-1 series win. Swann had scalped 21 wickets whereas Panesar had snared 17 wickets in that Test series.

Furthermore, Hussain feels the fast bowlers will need to do well in the Australian conditions if they are to win against their arch-rivals.

“I’m optimistic about England’s chances in Sri Lanka but India will be a different kettle of fish. There was Alastair Cook’s successful tour in 2012 and David Gower’s before that but not many England teams have won there. If they are going to win in India one of the spinners will have to do what Graeme Swann and Monty Panesar did. And if they are going to win in Australia they will need that extra pace of Jofra Archer, Mark Wood, or Olly Stone,” said Nasser Hussain while talking to Mail Sport.

On the other hand, Hussain added that Joe Root has the ability to score big runs in Sri Lanka and India and take his team to success on the upcoming subcontinental tours. Root will hold the key in the middle order for England and other experienced batsmen like Ben Stokes, Jos Buttler will need to deliver the goods.

England will play the first Test match against Sri Lanka from January 14 at Galle International Stadium.