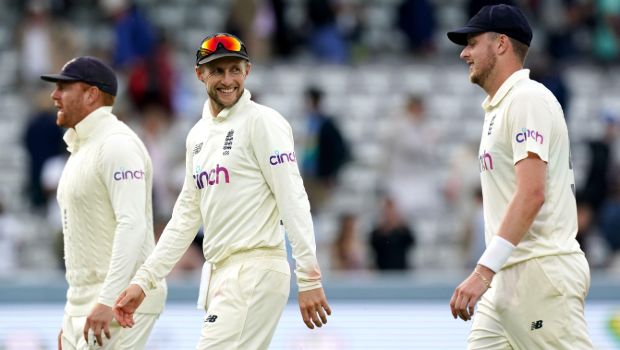 Former English skipper Nasser Hussain reckons England can’t win Test matches with only Joe Root scoring runs. Root has been a lone warrior of the team as he has scored a total of 386 runs in two Test matches at an average of 128.67.

However, apart from him, none of the England batsmen have been able to deliver consistently.

Jonny Bairstow is the second highest run-getter with 118 runs and he has scored his runs with an average of 29.50. On the other hand, Root had scored 64 and 109 in the first Test match at Trent Bridge, Nottingham and had played a key role in saving the Test match for the hosts. However, none of the England batsmen were able to get past the 50-run mark in the opening Test.

Root once again scored an unbeaten knock of 180 runs and helped England post a total of 391 runs in the first innings of the Lord’s Test. However, the talisman was dismissed after scoring 33 runs in the second essay and England went on to lose by a mammoth margin of 151 runs as they were bundled out for a paltry score of 120 runs in the run-chase of 272 runs.

Nasser Hussain said while talking to Daily Mail, “England did play a lot of good cricket at Lord’s, let’s not forget that. When Rishabh Pant was walking off on Monday we all thought it could be 1-0 to England. India do have frailties in their batting. But England can’t win Tests with just one player in Root getting runs.”

“Robinson has been an incredible find when there have been so many injuries to bowlers. So let’s not write them off just yet, but they desperately need others to score runs,” he added.

Meanwhile, a lot of words were exchanged between the two teams on the final day of the Lord’s Test. Hussain added that both teams didn’t want to back out and it was Test cricket at its best.

“No. I love the way Kohli plays his cricket and this India side will not be bullied. The theatre and drama was exceptional.”

“You don’t want people to get physical but we didn’t see that at Lord’s. It’s a heated game and there is a lot on the line. I loved what was going on out there over the five days. It was box office — Test cricket at its absolute best,” Hussain concluded.