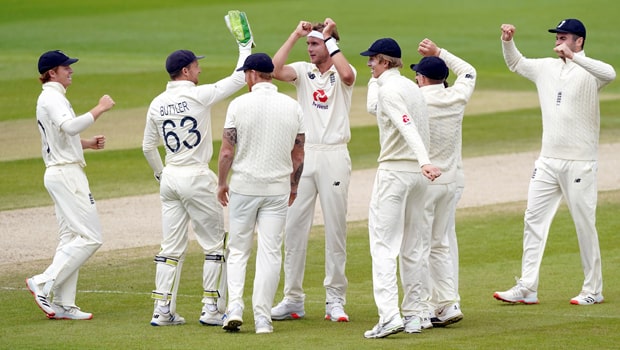 We all were deprived of any cricket action in the last four months but the previous two weeks have been full of action. West Indies dominated the first Test match at Ageas Bowl, Southampton whereas England held sway in the second one, to square the series at Old Trafford. Both the matches have gone to the final session of the last day and it has been a thrilling resumption for all the aficionados.

In fact, we effectively had four days of action in each of the Test matches as only 17 odd overs were bowled on the first day of the Southampton Test whereas the third day of the second Test was completely washed off. Still to get a result in both the Test matches has been brilliant for the game.

With the series tied at 1-1 and the Wisden Trophy on the line, both teams will like to bring their best to the table. However, it has been hard work for the players as they have been on the field for more than eight days in the last two weeks. In fact, there is only a three-day gap and thus there isn’t much time for the players to recharge their batteries.

England were smart in their selection to play a fuelled up pace battery in the second Test match, though they were forced to drop Jofra Archer at the eleventh minute. The hosts’ head coach Chris Silverwood has confirmed that they will back the strongest bowling line-up for the decider, which means Jofra Archer can come back into the final XI but it would be interesting to note how the gun pacer will handle the mental pressure he has gone through a lot in the last week.

Ben Stokes was simply magnificent and he would like to continue his good show. Stokes did everything right in the second Test and he has been in sublime form. However, Stokes batted for more than 550 minutes and faced more than 400 balls, bowled 27.4 overs and thus he may not be at the top of his battery but England wouldn’t risk to rest him.

Stuart Broad showed what he can bring to the table. Broad took three wickets in each of the innings and his strikes came at the crucial juncture of the match. England would not like to make the same mistake – of dropping him in the decider – as they had done in the first Test.

On the other hand, the West Indies have a lot of questions to answer. Poor form of John Campbell and Shai Hope is a concern and head coach Phil Simmons has also admitted the same. The batsmen are getting starts and scoring fifties but West Indies would want a big hundred to get their foot in the door.

Kraigg Brathwaite, Roston Chase, Shamarh Brooks, Jermaine Blackwood, Shane Dowrich have all shown good form but they need to bat big to help their team get in a dominating position.

Meanwhile, the pace battery is also under scrutiny. Shannon Gabriel had scalped nine wickets in the first Test but he looked off-colour in the second match. Alzarri Joseph had also suffered an injury and he could be replaced in the playing XI. In this case, West Indies might give a chance to Chemar Holder, who can make his Test debut. Rahkeem Cornwall can also get an opportunity given England’s struggle with Roston Chase’s off-spinners.

Weather Conditions: The weather forecast is not an encouraging one as showers and thunderstorms are expected on all the five days. It would be mostly cloudy on the opening but the next four days don’t look promising.

Pitch Conditions: The pitch in the second Test was on the slow side, and there was invariable bounce as the match had progressed. It was hard work for the fast bowlers but there was turn on offer for the spinners. Same conditions are expected in the final match.

Match Prediction: England have form, confidence and impetus on their side whereas the West Indies would aim to get themselves together. The hosts will be favourites if rain doesn’t play a killjoy.