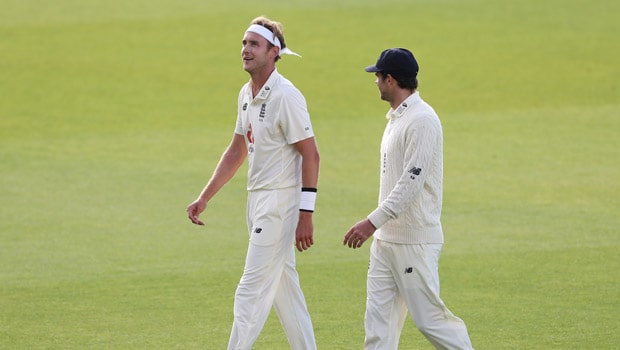 Pakistan had played their last Test back in February and it will be almost six months before they had turned out in the whites whereas England have just beaten West Indies at Old Trafford last week. The fact that opener of the three-match series will be played at Manchester, England would be a happy side, having played their last two Test matches at the same venue against the Windies.

The hosts will face a selection dilemma for the first Test. All their six fast bowlers have come up with decent performances against the West Indies and have kept themselves in contention. However, one gets the feeling Stuart Broad, James Anderson and Chris Woakes have done enough to keep their place as the first choice fast bowlers for the team.

However, as England have shown that they will adopt a rotate selection policy keeping in mind the tight schedule, the others will also get their chance soon.

On the other hand, Pakistan batsmen had struggled to get going in the intra-squad warm-up game. No batsmen was even able to go past the 50-run mark and it would be a worrying sign for Azhar Ali and Misbah-ul-haq going into the first Test. The visitors will want their batting line-up to stand tall against the in-form England pace battery.

However, Pakistan bowling unit has shown good form as Sohail Khan, Naseem Shah and Shaheen Shah Afridi were among the wickets. The bowling attack will be Pakistan’s forte and they would need to fire at all cylinders.

The Pakistan head coach Misbah-ul-Haq has also hinted that they could play two spinners as they were in the game during the last series against Pakistan. If that is the case, Yasir Shah will be the first choice given his experience and it would be a race between Shahdab Khan and Kashif Bhatti for the second available spot.

Pitch Conditions – The pitch at Old Trafford was on the slow side in both the Test matches and there was invariable bounce as the match had progressed. The spinners would also get help from the third day’s play.

Weather conditions: Scattered showers are expected on the opening day whereas it is forecasted that it would be mostly cloudy for the rest of the Test match, which means the fast bowlers would get help in the overcast conditions.

Match Prediction: England would be favourites given their recent form and the conditions. However, one must one write off Pakistan as they had won the opening match of the tour back in 2016 and 2018.

Stats – James Anderson is 11 wickets away from 600 Test wickets. He will become the first fast bowler to get to the landmark.