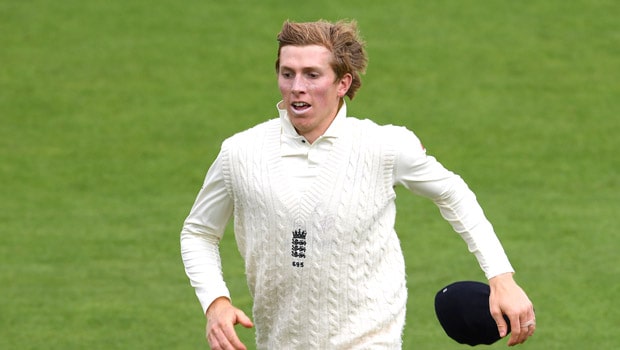 Ganguly is also hopeful that he would see Crawley in all the three formats of the game. Crawley, who has replaced Ben Stokes in the playing XI, was at his absolute best against Pakistan. The lanky batsman was able to hit the ground running and looked at ease throughout his gargantuan knock.

England have found a very good no 3 in Crawley.. looks a class player .. hope to see him in all formats regularly @nassercricket @ECB_cricket

Crawley went on to shatter many records during his knock. The 22-year old became the third youngest England batsman to score a Test double century. Crawley’s stand of 359 runs with Jos Buttler is the joint sixth highest for England in Test matches.

Crawley’s 267 is the seventh highest score when a batsman has made his maiden Test century and it is second highest for England. Furthermore, it is the 10th highest score by an England batsman in the Test fold.

Zak Crawley batted at the top of his game and punished the Pakistan bowlers. The right-hander scored 34 fours and one six in his magnum opus as he scored his runs at an impressive strike rate of 67.94. Crawley has shown the right skills to go a long way in his career and he had also scored a fine knock of 76 runs in the first Test match against West Indies.

Crawley gargantuan knock has helped England get into a dominating position. Jos Buttler also continued his sublime form going as he scored his second Test hundred. Buttler scored 152 as England posted a massive total of 583 runs on the board.

Sourav Ganguly wrote on his Twitter account, “England have found a very good no 3 in Crawley.. looks a class player .. hope to see him in all formats regularly @nassercricket @ECB_cricket”.