Home » Cricket » England look like they will go down, India most likely to dominate next three Tests – Wasim Jaffer

England look like they will go down, India most likely to dominate next three Tests – Wasim Jaffer 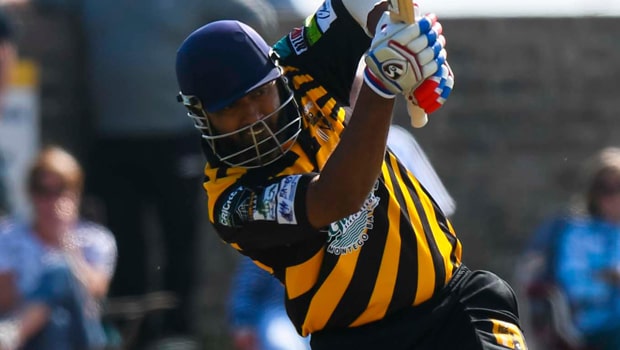 Former Indian opener Wasim Jaffer has predicted that it looks like England will go down and India will most likely dominate the next three Test matches in the ongoing five-match series. India dominated the first Test match as they needed only 157 runs to win on the final day with nine wickets in hand but rain played spoilsport.

Subsequently, India came from behind on the last day of the Lord’s Test. The visitors were leading by 154 runs and had four wickets in hand but an unbeaten alliance of 89 runs between Shami and Bumrah was the massive turning point of the game. Thus, the tourists were able to set up a target of 272 runs and had 60 overs to dismiss England.

The Indian fast bowlers came out firing at all cylinders and bowled with a lot of intent. Shami and Bumrah were able to dismiss Sibley and Burns respectively even before the England openers could get off the mark.

Bumrah provided the crucial breakthrough of Joe Root whereas Mohammed Siraj returned with figures of 4-32 as England were skittled out for a paltry score of 120 runs. Thus, India went on to win by a massive margin of 151 runs to take a 1-0 lead in the series.

Wasim Jaffer said while talking on his YouTube Channel, “England will have to recover really quickly now and sort out their batting more than the bowling. They rely heavily on Joe Root and someone else needs to step up and do so quickly otherwise they look like they’ll go down. India haven’t won a Test series [in England] for a while but it looks very likely that this Indian team is going to dominate the next Test and probably even further in this series.”

The former domestic giant, Wasim Jaffer, who was known for his solid batting technique, observed that this Indian team proved that they don’t give up in any kind of scenario. The visitors were behind the eight-ball but they were able to turn the tables on the last day of the Lord’s Test.

“Hats off to this Indian side because they have been doing this for a while now. It was the same during the Australian tour, they had their backs against the wall not in one but many Test matches and they proved that they don’t give up. They played exactly like this even in India against England after being one-nil down to win the series 3-1. They have been outstanding.”