Home » Cricket » England need to pick a team to flourish across all five days: Nasser Hussain

England need to pick a team to flourish across all five days: Nasser Hussain 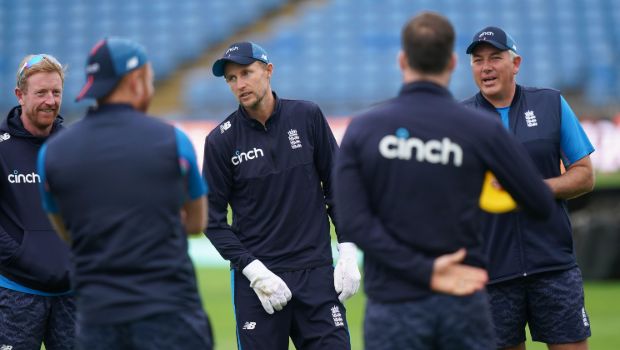 Former England captain feels the Joe Root-led team needs to pick a side that can flourish across all five days.

The hosts are trailing by 2-1 in the five-match Test series and will need to win the final Test to level the series. Hussain wants England to pick Mark Wood in place of Craig Overton as the former can trouble the Indian batsmen with his extra pace.

On the other hand, James Anderson and Ollie Robinson have been the pick of the bowlers for England in the ongoing Test series.

However, the pace duo has played all the four-Test matches so far and it will be interesting to note if England will keep on playing them without giving them rest.

Hussain believes England can also bring in Jack Leach and the hosts can play with two spinners as the Old Trafford track might aid the spinners.

Hussain wrote in his Daily Mail column, “For me, Mark Wood replaces Overton, because of the pace and reverse swing he can offer. And if England picks Jack Leach and go with two spinners, they need to have an honest conversation with Jimmy Anderson and Ollie Robinson.

How fit are they after busting a gut at the Oval? Can they get through another punishing Test? They need to pick a team to flourish across all five days.”

Hussain added that England might pick Ollie Pope over Jonny Bairstow as the former scored a fine knock of 81 runs in the Oval Test. Bairstow hasn’t been able to convert his starts into substantial scores in the ongoing series.

England captain Joe Root has confirmed that Jos Buttler will play the fifth Test match and thus he will take the wicket-keeping gloves from Bairstow.

“It looks as if they’ll need to decide between Bairstow and Ollie Pope for the last batting spot, and I’d give it to Pope, who made 81 last week and feels more like the future than Bairstow.”

Meanwhile, there were Covid clouds hanging over the fifth Test as Indian junior physio Yogesh Parmar was tested positive for the virus. However, as all the Indian players returned negative tests, the final Test match will go on as planned.