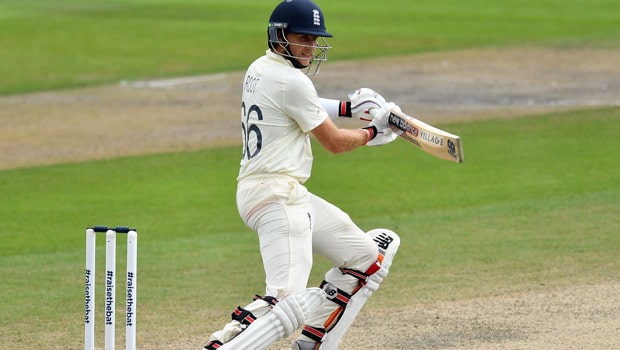 It is never over till it is over, is a famous adage in the sporting world. England were 117-5 in pursuit to chase 277, Pakistan were on top and the hosts were staring down the barrel of the gun in the first Test match at Old Trafford, Manchester.

An out of form, Chris Woakes, who had been averaging five in his last six Test matches had joined forces with Jos Buttler, whose Test place was under the scrutiny after he missed three chances in Pakistan’s first innings, which saw the visitors put 326 runs on the board.

A brilliant partnership of 139 runs followed between Chris Woakes and Jos Buttler who both decided to take the attack to the opposition and switch on their One-Day mode. Buttler and Woakes went after everything which was in the arc and punished Pakistan’s bowlers.

Buttler scored a fine knock of 75 runs and when he was dismissed LBW, attempting a reverse sweep against Yasir Shah, England were in touching distance of their destination as they were 21 runs short. Woakes added the finishing touches as he scored an unbeaten knock of 84 runs to take the hosts to a memorable win by three wickets.

England’s captain Joe Root stated the team has not stopped believing that they can win from any situation after Ben Stokes’ Ashes 2019 heroics. Stokes had scored a magnum opus knock of 135 runs as he had taken England to a thrilling win against Australia by one wicket in the Headingley Test as they had chased down 362 runs.

“We knew it was going to take something special,” England’s captain told Sky Sports in the post-match presentation ceremony. I think, after last summer, it’s very hard to stop believing. We know that anything is possible. One thing you can never doubt about our dressing room is the character, the way that we always continue to keep believing and never give up. That’s a real strong trait of ours.

It was a brilliant comeback from England as Chris Woakes and Jos Buttler didn’t throw in the towel. Both the right-handers took the attack to the opposition and played at the top of their game and Pakistan didn’t have any answers to their blistering batting.

At one stage, there were no maiden overs bowled in a 20-over period which goes to show the dominance of Woakes and Buttler. Both of them scored at more than four runs per over and Pakistan was put under the pressure right away.

England have taken a 1-0 lead in the three-match series and the second Test will take place at the Ageas Bowl, Southampton from August 13.