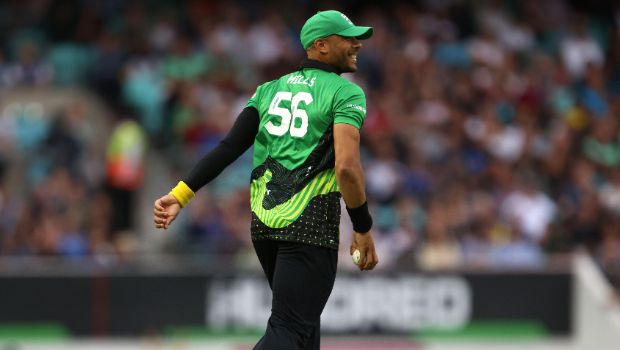 However, as expected Ben Stokes has not been included as the all-rounder has taken an indefinite break from the game due to his mental well-being and in order to recover from his finger injury.

Furthermore, England’s Test skipper Joe Root has also not been included in the team’s squad despite being in red-hot form in the longest format of the game.

Meanwhile, Mills had impressed while playing for Sussex in T20 Blast and Southern Brave, who went on to win the inaugural season of the Hundred. Mills scalped eight wickets in 10 matches of the Hundred and bowled with an impressive economy rate of 6.67. The left-arm seamer had last played International cricket back in 2016.

“Tymal Mills deserves his inclusion and has demonstrated over the past couple of years, but particularly this summer that he has all skills to succeed at this level,” Chris Silverwood, head coach, said.

“His exceptional pace is a standout, and the way he has spearheaded Sussex and Southern Brave’s respective attacks in the short-form game has shown that he relishes the pressures of the big stage. He will add variety to our bowling unit, and we can’t wait to see him play in a major international tournament.”

Meanwhile, Chris Woakes played in two matches of the T20 series against Sri Lanka and bowled with an impressive economy rate of 3.28. On the other hand, Sam Curran and David Willey will be the other two left-arm seamers of England’s pace attack along with Tymal Mills. Mark Wood and Chris Jordan are the other two fast bowlers in the team.

On the other hand, Adil Rashid and Moeen Ali will be the spin options for Eoin Morgan. Rashid snared 12 wickets in seven matches of the Hundred while playing for Northern Superchargers whereas Moeen Ali has been in good with the bat in the white-ball format.