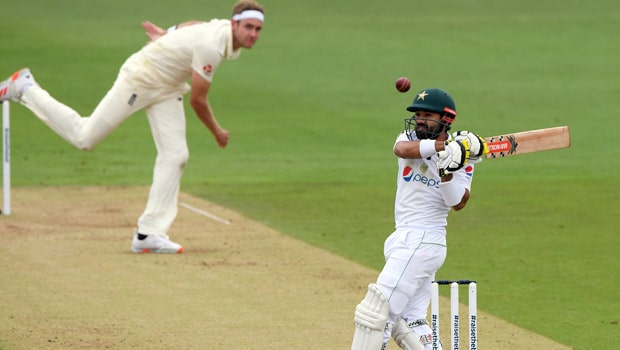 It was a frustrating past week for both England and Pakistan as only 134 overs could be possible in the second Test match. Pakistan, did take out a positive from the second match as Mohammad Rizwan, showed all the resistance to score 72 runs. The visitors’ batting order has been a cause of concern and Rizwan getting the runs, is a welcome sign for Pakistan.

On the other hand, England veteran fast bowlers James Anderson and Stuart Broad collectively scalped seven wickets in the match. There were question marks raised on the place of James Anderson and the England’s pack leader returned with three scalps to once again prove his mettle.

Zak Crawley, who played in place of Ben Stokes, also impressed with his stroke play and scored a free-flowing fifty.

Meanwhile, the last two series in which Pakistan have toured England have ended in a draw. The tourists were able to draw the series in 2016 by 2-2 and then again the series result was 1-1 in 2018. England currently lead the three-match series by 1-0 and Pakistan would need to win the final Test to once again draw the series in England.

The pitch is expected to be the same as the groundsmen might not get the time to prepare a new deck given the weather conditions. There was some help for Yasir Shah in the 11 overs he bowled on the final day of the second Test. Hence, it could force Pakistan to once again consider their theory of playing with two spinners in the final XI.

This would mean that Fawad Alam, who received his opportunity in the Test side after a gap of 11 years and could only return without troubling the scorers, would need to make way for Shadab Khan. Khan had shown what he can bring to the table as he had scored 45 runs in the first innings of the first Test and also scalped two wickets.

As there was hardly any action possible in the Test, the players from both the teams should be fresh. Ergo, it is expected that both the teams will not look to rest any of their players for the final match.

Weather Conditions: Scattered showers are expected on the opening day of the Test match. There are going to be cloudy conditions throughout the match.

Pitch Conditions – The pitch is expected to be on the slow side as it has been under the covers for the past week. There could be invariable bounce on offer and it would spin as the match would progress.