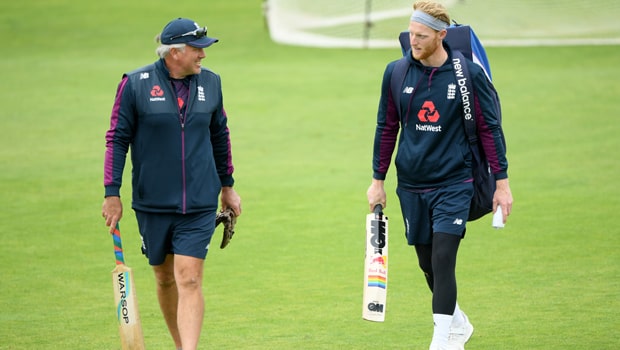 England head coach Chris Sliverwood has revealed the team would consider rotating Ben Stokes to manage his workload. Stokes batted for 487 minutes in the first innings during gargantuan knock of 176 runs in which he faced as many as 356 balls, which is his longest Test innings.

Subsequently, Stokes bowled a continuous 11-over spell of bumpers in West Indies first innings. Again Stokes batted and scored 78 off just 57 balls in England’s second innings to help his team set up a target of 312 runs.

Stokes once again bowled his heart out in the second innings as he bowled 14.4. In fact, Stokes felt a bit discomfort in the fag end of the second Test match as he had to pull out his 15th over. The all-rounder is a pivotal cog in England’s wheel but it is not easy to play continuously.

Furthermore, there is hardly any gap between the Test matches, which makes it difficult for the players. In fact, England had a completely new pace battery in the second Test after losing the first one at Southampton. The English team is to play six Test matches in a span of seven weeks and it is imperative to rotate the players to manage their workload.

Stokes is expected to play in the decider against the West Indies but he may be given rest in at least one Test match in the forthcoming series against Pakistan.

“We want him out there as much as we can; everyone can see how good he is,” Silverwood said. “But you know what, we’re going to consider rotating him. He’s been at the centre of the last couple of games and we’ve got to make sure he’s O.K. But if he is fit and healthy, he’ll play.”

Silverwood is aware that Ben Stokes likes to push the envelope. However, the head coach believes it is the job of the team management to keep him at the top of his fitness. Stokes is fit as a fiddle but is important to keep his workload in check especially during this period when he is playing after a long hiatus.

“He’ll keep pushing himself, which is why he is as good as he is,” said Silverwood. “But from a training perspective we try and rein him in where possible and keep him as fit as a fiddle because I know we’re a better team with him out there. We’ve got to look after him the best we can.”

Meanwhile, Silverwood confirmed that England will back the strongest bowling line-up available for the decider against the West Indies, which will take place at the same venue of Old Trafford, Manchester from July 24.