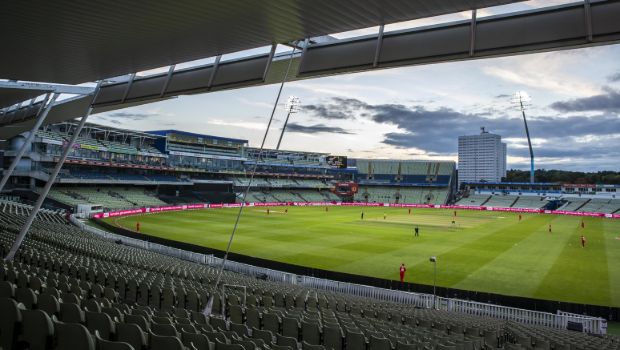 The Board of Control for Cricket in India president Sourav Ganguly has confirmed that England will tour India in 2021 for a full-fledged tour.

The visitors will play five T20Is, four Test matches and three One-Day Internationals in India in 2021.

With the T20 World Cup 2021 set to be played in India, it will be a good opportunity for both teams to gear up for the T20I showpiece with five T20Is. Meanwhile, India didn’t play any Test matches in 2020 in their own conditions and they will finish the year without playing any.

“England is touring India for four Test matches, three ODIs, and five T20Is. It is easy to have bilaterals as there are just two teams. We have to keep assessing the situation, a lot of people are talking about the second COVID-19 wave. We have to be careful,” Sourav Ganguly said at a virtual press conference by Livingguard AC.

Meanwhile, India and England will both be in action against Australia and South Africa respectively. India will begin their tour to Australia with the first ODI at the Sydney Cricket Ground on November 27 whereas England will face the Proteas in the first T20I on the same date at Newlands, Cape Town.

On the other hand, some reports claim that the newly built Motera Stadium could be in contention to host the pink-ball Test match between India and England. In fact, there were also reports earlier which were suggesting the series could be hosted by UAE due to the coronavirus pandemic.

The last time both these teams had met in the Test series, England had convincingly won by 4-1. On the other hand, India had thrashed England by 4-0 when the latter had toured the former.

Meanwhile, England and Wales Cricket Board has already announced the schedule for their series against India. The Virat Kohli-led team will play five Test matches in England and the first Test match will take place at Trent Bridge from August 4, 2021. Consequently, India and England will play nine Test matches against each other in 2021.