England’s Zak Crawley doubtful for the first Test against India 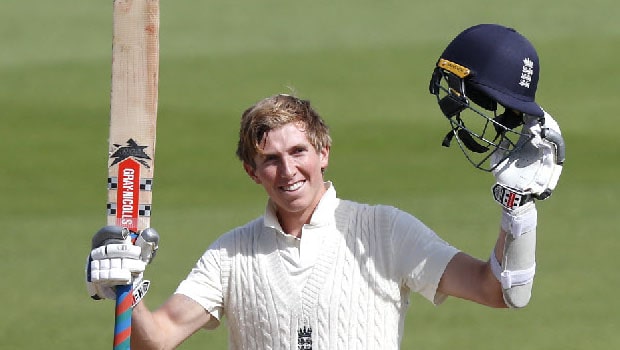 England batsman Zak Crawley may have to sit out of the first Test against India starting in Chennai, on Friday, as he has suffered a wrist injury.

The England and Wales Cricket Board (ECB) released a statement on Wednesday which stated that Crawley injured his wrist after failing on the ground during a training session and he hadn’t attended Wednesday’s training as well.

“He slipped outside the dressing room yesterday and has injured his right wrist,” it further added.

Crawley, who was set to bat at number three for England, has been sent for scans to determine the extent of the injury.

“We are waiting on the results of scans and will know more tomorrow, ahead of our final practice. There is nothing further to add at this stage.”

Crawley has been very impressive with his performances so far. He turned his maiden Test hundred into a mammoth innings of 267 against Pakistan at Southampton, last year.

However, he had to endure of lean patch when he had to open in the absence of Rory Burns during the Test series against Sri Lanka.

England, though, will be happy with Ollie Pope’s return to full fitness. He hasn’t played since last August when he suffered a dislocated shoulder against Pakistan. But he has been travelling with the squad since the tour of Sri Lanka. The 23-year-old even played an intra-squad game in Hambantota and stands a chance of playing in the first Test against India.

“Surrey batsman Ollie Pope has been added to the England Test squad for the tour of India,” said an ECB statement.

“Pope has fully recovered from a left shoulder injury. The England medical team are satisfied that he is available for selection. The 23-year-old has practised with the full squad over the past two days. England will have their final practice at the MA Chidambaram Stadium, Chennai tomorrow (Thursday) ahead of the first Test starting on Friday.”