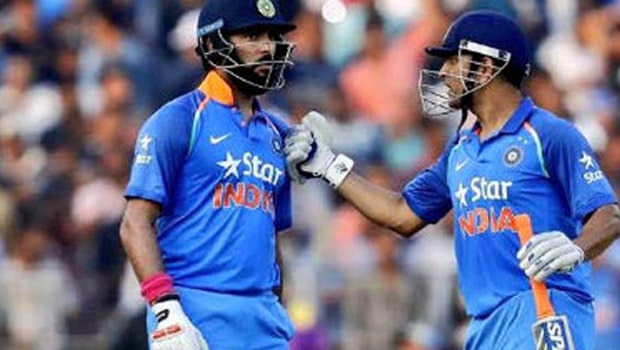 Former Indian captain MS Dhoni shared a great bond with Yuvraj Singh. Dhoni and Yuvraj collectively won many matches for the Indian team. The pair started adding the finishing touches to the team’s totals and took Indian cricket to new great heights. Yuvraj Singh joined the list of admirers after MS Dhoni decided to call it a day.

Yuvraj wrote in his post that he enjoyed lifting 2007 and 2011 World Cup trophies with MS Dhoni. In fact, Yuvraj himself played a crucial role in both the tournaments as he had scored 70 off just 30 balls in the semi-final against Australia in the 2007 T20 World Cup. Furthermore, the southpaw had smashed six sixes against England.

Congratulations @msdhoni on a great career! Enjoyed lifting the 2007 and 2011 WC trophies together for our country and our many partnerships on the field. My best wishes to you for the future 👍 pic.twitter.com/2g3tgTsLfn

Hence, Yuvraj and MS Dhoni were always instrumental in the success and shared a great camaraderie with each other.

Yuvraj congratulated Dhoni on his great career and wished him well for the future. Yuvraj post read, “Congratulations @msdhoni on a great career! Enjoyed lifting the 2007 and 2011 WC trophies together for our country and our many partnerships on the field. My best wishes to you for the future”.

MS Dhoni and Yuvraj Singh shared some great moments while playing for the national team. Yuvraj shared a video which had pictures of him and Dhoni together.

Dhoni and Yuvraj batted together in 67 ODI innings in which they scored 3105 runs at an impressive average of 51.75. They had 10 centuries and 13 half-centuries partnerships together with 256 against England in Cuttack in 2017 their best alliance.

Meanwhile, Dhoni will be seen playing for the Chennai Super Kings in the upcoming IPL. The CSK captain is currently in Chennai where he is training at the Chepauk Stadium. The team is expected to jet off to the UAE after August 20. The IPL will kickstart in the UAE from September 19.