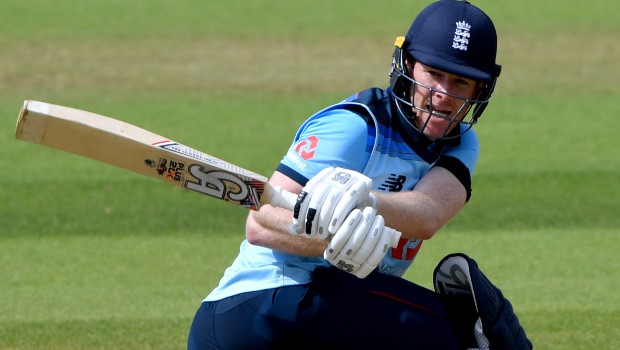 Morgan is known not to fluster under pressure and has led England with aplomb. The England skipper has taken his team to great heights after the 2015 World Cup debacle. Currently, England is the best limited overs side in the world and a lot of credit goes to Eoin Morgan’s leadership.

Thus, Mills feels that Dinesh Karthik can focus on his wicket-keeping whereas Eoin Morgan can have a word with the bowlers when the pressure is high in the death overs.

Karthik has done a decent job as KKR captain and the presence of Eoin Morgan is going to help him lead with confidence. It will also allow Karthik to get the best out of his players and he can learn a lot while playing with Morgan.

Karthik has thus far led KKR in 30 IPL matches in which the team has won 15 matches whereas they have lost 14 with one match ending in a tie.

“I think Eoin is going to complement DK really well. DK can focus on keeping, Eoin will be in the cover region. So, the communication with the bowler in the death overs or pressure situations will work well,” Mills said in an interview on KKR’s website.

“Eoin Morgan has a lot of experience and also had successful campaigns for England. He doesn’t get flustered under pressure situations. So, you need leaders like that in a young group. I know leaders who panic and raise their voice,” he added.

Karthik will have Pat Cummins, who became the highest paid overseas player and he will aim to get the best out of the players. KKR could not even make it to the playoff stages in IPL 2019 and Karthik would look to turn the tables.

The team has some solid players like Andre Russell, who is the best all-rounder in the shortest format of the game. Morgan and Karthik will look to work as a team and take KKR to new heights in the upcoming season.

The IPL will begin from September 19 in the UAE. KKR will also announce the replacement for Harry Gurney who has been ruled out due to shoulder injury.