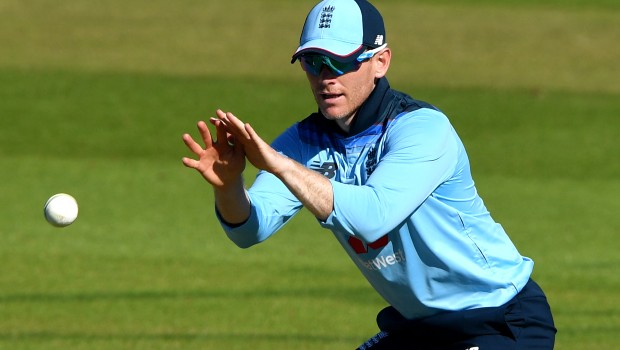 England captain Eoin Morgan has played a key role in helping his limited overs team achieve great heights at the International level. England was knocked out of the league stages in 2015 World Cup and they were able to turn the tables after their flop show in the ODI showpiece.

Morgan was backed as captain and England dominated the 50-overs format as they played aggressively after their dismal performance. Come the 2019 World Cup, England were the favourites to win and they went on to win their maiden World Cup under the leadership of Eoin Morgan.

Morgan has revealed that playing in the IPL has been a massive help for the England players. The England skipper reckons the IPL gives an opportunity to the players to play in front of the massive crowd and it gives them a chance to perform under pressure, which is not achieved on the same level while playing bilateral series in the 50-overs format.

Furthermore, there are only four foreign players in the final XI of an IPL team and mostly a lot is expected from them. The IPL performances are taken into consideration and Morgan feels as England players started performing better in the IPL, they got more confident in handling the pressure when they were playing for the national team.

The likes of Ben Stokes, Moeen Ali, Jofra Archer, Jason Roy, Jonny Bairstow and Jos Buttler have all benefited by playing in the IPL and they have been at their best for England.

“Playing in IPL was part of Strauss’s plan. I pushed him to make that call because in international bilateral series, it’s so difficult to replicate the pressure that’s there in Champions Trophy or the World Cup,” Morgan told Harsha Bhogle on ‘Cricbuzz in Conversation’.

“He asked me what’s different? One, you play as an overseas player so there’s huge expectations. If you play in the IPL, there’s different pressure and different expectations. Sometimes you can’t get away with it and you have to find a way to deal with it.”

Morgan, who has done a fine job as the England captain, added that the IPL pushes the players to get out of their comfort zones and thus they are able to take giant strides in their career.

The level of competition in the IPL is the best in the business and the players who perform in the tournament, mostly go on to do a fine job for their national team. Morgan added that they are looking to use IPL as the vehicle to help and grow their players.