Every captain has a favourite player, MS Dhoni used to back Suresh Raina – Yuvraj Singh 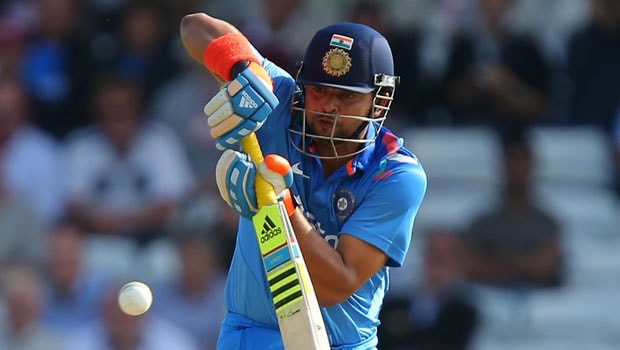 Former Indian batsman Yuvraj Singh said MS Dhoni had a favouritism for Suresh Raina. Yuvraj believes every captain has his favourite player in the side and for former Indian captain MS Dhoni, it was Suresh Raina. It is well known that Raina and Dhoni share a great bonhomie with each other and they have also played together in the Indian Premier League for the Chennai Super Kings.

Meanwhile, Yuvraj stated that there were a lot of selection headaches for the selectors before 2011 World Cup. The left-hander said that Raina was not in the best of forms and as the team needed a spinner in their side, the selectors were left with no option other than to pick him.

“Suresh Raina had a larger support then, because MS (Dhoni) used to back him,” was quoted as saying by India Today. “Every captain has a favourite player and I think Mahi really backed Raina at that time.”

Yuvraj will then go on to prove his mettle in the World Cup despite battling cancer throughout the tournament. The southpaw was determined like a wounded soldier on a mission and played a major role in the triumph of the team. Yuvraj was awarded the Player of the series for scoring 362 runs and taking 15 wickets in the ODI showpiece.

On the other hand, Suresh Raina also played his part in the success of the team. The left-hander played two crucial cameos in the all-important quarter-final and semi-final against Australia and Pakistan respectively. Raina scored 34 off 28 balls against the defending champions Australia whereas he scored 36 off 39 balls against arch-rivals Pakistan.

Furthermore, both Yuvraj Singh and Suresh Raina were live-wires on the field, which helped the team in saving crucial runs.

Meanwhile, Yuvraj had also recently said that former Indian captain Sourav Ganguly backed him more than MS Dhoni and Virat Kohli. Yuvraj had a great career as he scored 8701 runs in 304 matches at an average of 36.56 and he was at his best in the big matches of the big tournaments.