Every game I played for CSK gave me goosebumps – Imran Tahir 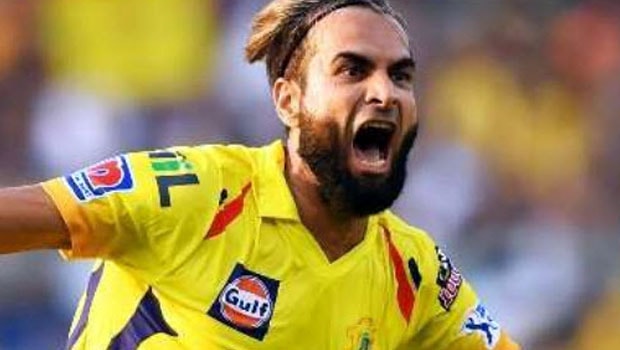 Chennai Super Kings leg-spinner Imran Tahir stated every game which he played for the franchise gave him a special feeling. Tahir had joined CSK in IPL 2018 and he has shared a great bond with the franchise in the last couple of years. The leg-spinner has also performed up to the mark for the Chennai side as he was the leading wicket-getter of IPL 2019 as he scalped 26 wickets in 17 matches at an average of 16.58.

Tahir is 41 years old but as they age is just a number for him. The leg-spinner is known for his over the top celebration after taking a wicket and he has right on the money for CSK. Meanwhile, the Proteas spinner was roped in by Chennai Super Kings in IPL 2018 auctions for his base price of INR 1 crore.

“Every game I played for CSK gave me goosebumps, a really special feeling about it…we play so well as a team,” Imran Tahir was quoted as saying on the CSK website.

“We just try to play as hard as we can and win as many games as possible for CSK, enjoy each other’s success and that’s what makes Chennai such a special team,” Tahir added.

On the other hand, Tahir is well known for his variations. The leg-spinner has a great googly under his belt and he has bamboozled the best in the business with his most lethal delivery. The 41-year old is always excited to do well for the side and gives his 120% on the field. Tahir had also scalped two wickets in the final of the previous edition but his efforts went in vain as Mumbai Indians won by the skin of their teeth.

Meanwhile, Imran Tahir only played six matches in the IPL 2018 in which he snared as many wickets. CSK went on to win their third title in the same year as they made a roaring comeback into the league after their two-year ban.

Tahir added that it was a special moment for him when he made his debut for the franchise back in 2018.

“The day I put on the Chennai Super Kings cap was one of the special moments of my life. I never knew I was going to be around special people and (be part) of a special squad,” he added.

Imran Tahir has thus far played 55 IPL matches in which he has scalped 79 wickets at an average of 20.39 and he has conceded his runs at an economy of 7.88.