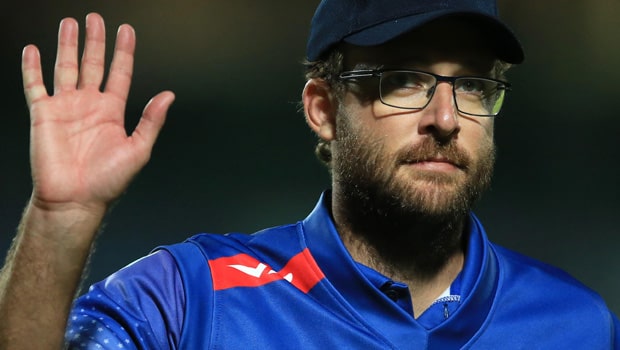 Mohammed Siraj made his return to the Test side in the second match against New Zealand in Mumbai. India had just been rocked by Ajaz Patel’s historic 10-wicket haul in the first innings and the onus was with the World Test Champions. However, with the new ball in hand, Mohammed Siraj pulled things back and gave India the perfect start that they’d have wanted.

He picked up the wickets of Tom Latham, Will Young and Ross Taylor in quick succession. Siraj’s spell of 3 for 19 dismantled the Kiwi batting unit and they ended up crumbling for just 62 runs which gave India almost total control of the match by Day 2.

Former New Zealand captain Daniel Vettori was effusive in his praise for Mohammed Siraj. Calling him ‘special’, Vettori added that the bowler is a captain’s dream and he does everything that is asked from him.

“Siraj is something special. Every time he comes into a Test match, something happens. (Virat) Kohli goes to him quite a bit to bring some energy and his pace remains the same. He runs in hard and does everything you want from a fast bowler,” said Vettori during a discussion on ESPN Cricinfo.

Mohammed Siraj missed the first Test against New Zealand in Kanpur. But his heroics with the ball will give him the edge over Ishant Sharma during the tour of South Africa according to Vettori. The veteran pacer didn’t enjoy a successful outing in Kanpur and failed to pick up any wickets.

“That’s not to diminish anything from Ishant Sharma, but I just think the timing is right for someone like Siraj to come in and offer something special to the Indian bowling line-up in South African conditions,” Vettori added.

Daniel Vettori also talked about Axar Patel and how he performs in overseas conditions. At the moment, Test cricket has proven to be very easy for the spin-bowling all-rounder. He has taken 36 wickets in just five Tests at a phenomenal average of 11.86 and has also done well with the bat. With that being said, Patel is yet to be tested in foreign conditions.

“It will be fascinating to see if his (Axar’s) form translates in different conditions. He is an exceptional bowler in India because of his consistency and the fact that he bowls round arm with a little bit of under spin. Whether he can be as successful in other parts of the world will be fascinating, but he deserves that chance,” concluded Vettori.