Faf: Dhoni’s IPL success is the recruitment of thinking cricketers 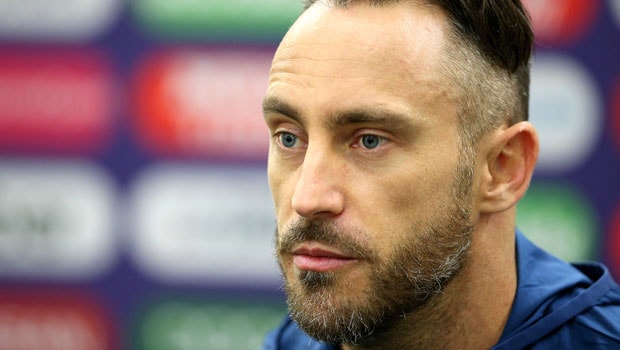 According to Faf, the former India captain brought in international captains who had made strategic contributions, which translates into success for CSK.

Dafanews reports that Dhoni has been a success in the India Premier League (IPL). The wicket-keeper led CSK to 10 out of 12 seasons of IPL, with their least position being the semi-finals or play-offs.

Speaking with CSK’s website, the South African gave massive credit to Dhoni and the coach, Stephen Fleming, for the strategy behind the success. While listing captains like Brendon McCullum, himself, Dwayne Bravo, Dhoni, Suresh Raina, amongst others, Faf said that all those mentioned are thinking cricketers.

The 35-year -old further noted that the team comprised of a lot of leaders with tremendous experience, being what CSK wanted and has resulted in an apparent success for them.

While describing Chennai Super Kings as a great franchise to be a part of, Faf said the absence of Dhoni for the team is a huge gap to fill because of his strong leadership quality.

It could be recalled that the former South Africa skipper has been part of CSK for the past ten seasons. He was part of the team, helping them to qualify for the Play-offs in all their ten seasons and recorded three IPL triumphs.

On his passion for fielding, the 35-year-old added that the team had a few outstanding fielders, and he loves to be on the part of the field where the ball goes to all the time for him to catch.

Speaking on the leadership qualities of the team, Faf pointed out that CKS is a lucky team, having someone like Ravindra Jadeja, whom he described as incredible. He added that the cricketer has the strongest arm in world cricket.

He also said that Jaddu, as he fondly calls him jogs to the ball because he knows running for it means the batsman is out.

Recall that the 13th edition of IPL rescheduled for April 15th has been postponed indefinitely after being shifted to that date from March 29. The development was due to the coronavirus pandemic.