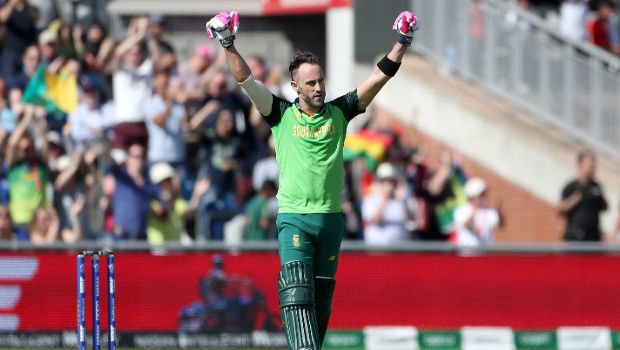 South Africa’s talisman batsman Faf du Plessis has decided to call it a day from the Test format with immediate effect.

Du Plessis took to his Instagram handle to share the news with his fans on Wednesday. In a post on his official Instagram account, Du Plessis confirmed his decision. “My heart is clear and the time is right to walk into a new chapter.”

Meanwhile, Faf du Plessis shot himself into the limelight in the longest format of the game when he made a roaring start to his Test career. The right-hander played a match-saving century (110 from 376 balls) in 2012 against Australia at Adelaide.

The 36-year-old represented the Rainbow nation in 69 Test matches and amassed 4163 runs at an average of 40.03, with the help of 21 fifties and 10 centuries. Du Plessis recently played his last Test match against Pakistan at Rawalpindi and returned with scores of 17 and 5. The right-hander recently scored his highest Test score of 199 runs against Sri Lanka in December at Centurion.

Faf wrote, “If someone had told me 15 years ago that I would play 69 Test matches for South Africa and captain the side, I wouldn’t have believed them. I stand in a place of utmost gratitude for a Test career full of blessings bestowed on me.”

Meanwhile, Faf took over the captaincy reins from AB de Villiers back in 2016 and went on to lead the Proteas in 36 Test matches. He led the team to victory in 18 Test matches whereas South Africa lost 15 matches and three ended in a draw under his leadership.

One of the biggest victories under Faf du Plessis’s leadership came when he led the team to victory against Australia by 2-1 on Australian soil.

On the other hand, du Plessis added that he wants to focus more on the shorter formats of the game and his focus will be on two upcoming T20 World Cups.

“The next two years are ICC T20 World Cup years. Because of this, my focus is shifting to this format and I want to play as much of it as possible around the world so that I can be the best player I can possibly be.

“I strongly believe that I have a lot to offer to the Proteas in this format. This does not mean that ODI cricket is no longer in the plans. I am just making T20 cricket the priority in the short-term,” he wrote.